Growing up with a stammer was hard for Jordan Caygill but music allowed him to express himself. When he turned to the piano to rehabilitate his hand following a serious injury, little did he know he was starting a journey, one which would lead him to Hollywood, composing music for movies and TV shows. Read his inspiring story here.

From the very beginning I knew I was not like other children. The thought of talking scared me; every time I tried to speak it felt like I was choking or being suffocated. It was unbearable, frustrating and very upsetting. Most days I would rather not talk to anyone.

Growing up in County Durham with a stammer has been the hardest part of my life, both a mentally draining battle as well as a physical one. I had no control over my mouth muscles, my jaw or my tongue. My behaviours escalated due to sheer frustration and being bullied and tormented by kids in school. It was daily mental torture that I didn't fully understand; I just knew it was ruling my life. I wished that it would stop so I could be like others. I just wanted to be normal and not be 'that kid that talked funny'.

Every time I tried to speak it felt like I was choking or being suffocated.

Speech therapy was something I discontinued through choice before my teens. Attending therapy was confusing — being in hospital-style buildings with medically trained staff was extremely nerve-racking and made me more anxious. I felt happier not going. In a way it was a release; the system never failed me, I just couldn't bear the mental cage I was trapped in. Running away from my problems seemed the best way to cope. 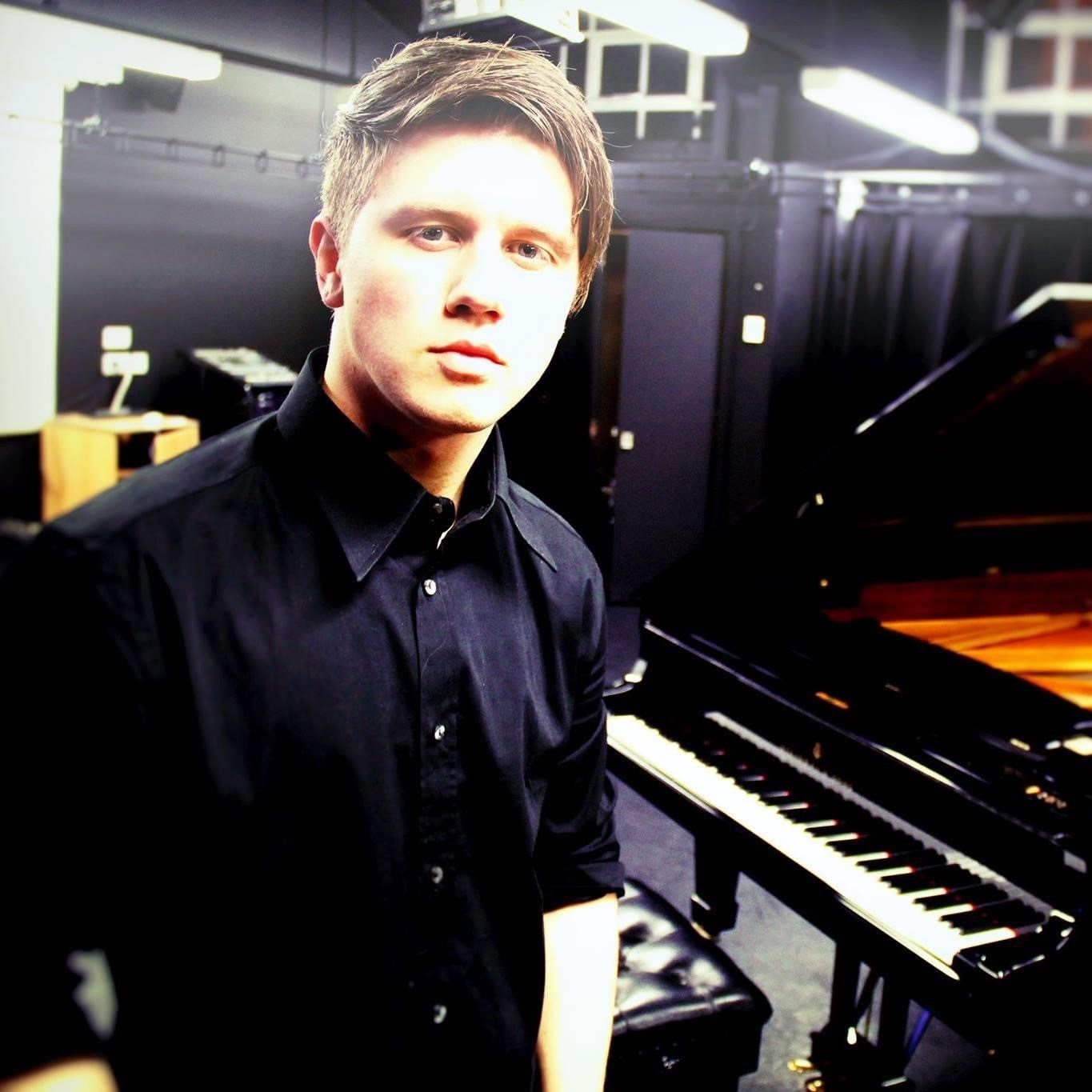 At the age of 14 I discovered the guitar. My grandmother tried teaching me piano when I was very young but it never stuck. I was more interested in climbing trees, playing video games and being a kid. Playing music just didn't interest me. I started a high school band with my friends. We played school shows and I eventually discovered Iron Maiden. I practised long and hard enough to be able to, years later, audition for lead guitarist in a tribute band called 'I Am Maiden'. I got the part and we played big shows, the 02 Academy in Newcastle being the biggest venue we performed at. Travelling to London and playing all over the UK was, to me, like speaking to the world.

The music I was hearing in my head felt so intense that I just had to figure out how to create and turn my ideas into reality.

I had a great sense of communicating through music but it just didn't feel enough. I knew I had to depart the band and go on my own journey. I knew I had to learn music production; the music I was hearing in my head felt so intense that I just had to figure out how to create and turn my ideas into reality.

At 21 I went to college after sustaining a very serious injury to my right hand, which left me with long-term ligament damage. I started playing the piano to help aid my recovery; self-rehabilitation through music seemed the best option to keep my mind occupied and my musical ideas flowing. I wasn't at college to mess around — I had my sights set on graduating and getting a job in music. The only problem was I had no idea what job that would be. I was introduced to music production by two lecturers who realised I had talent after hearing me play on a piano in the foyer. What they showed me on the computer screens was exactly how I could see music in my head. This was it — staring me bang in my face was my future!

Then I discovered musician Alex Moukala, who made a YouTube video about getting his music placed in the trailer for the movie re-make of 'Ben Hur'. I got in contact with Alex immediately. He directed me to a company which teaches beginners everything about composing trailer music.

I started emailing my music to big labels back in 2018. After getting no interest I emailed an L.A.-based label called Position Music, sending them my latest tracks, but didn't get my hopes up. A few nights later I was at a restaurant and decided to check my emails. This was the moment when everything changed. There was an email from Position Music saying they wanted to give me a chance at writing for them! I couldn't believe what I was reading.

This was the moment when everything changed. There was an email from Position Music saying they wanted to give me a chance at writing for them! I couldn’t believe what I was reading.

I travelled to L.A. to meet the team, who were very welcoming and professional. My speech wasn't a problem for them. When I was more relaxed and got to know them it felt natural. I knew I was in the right place with the right people who shared the same passion as I did; I felt accepted for who I was. 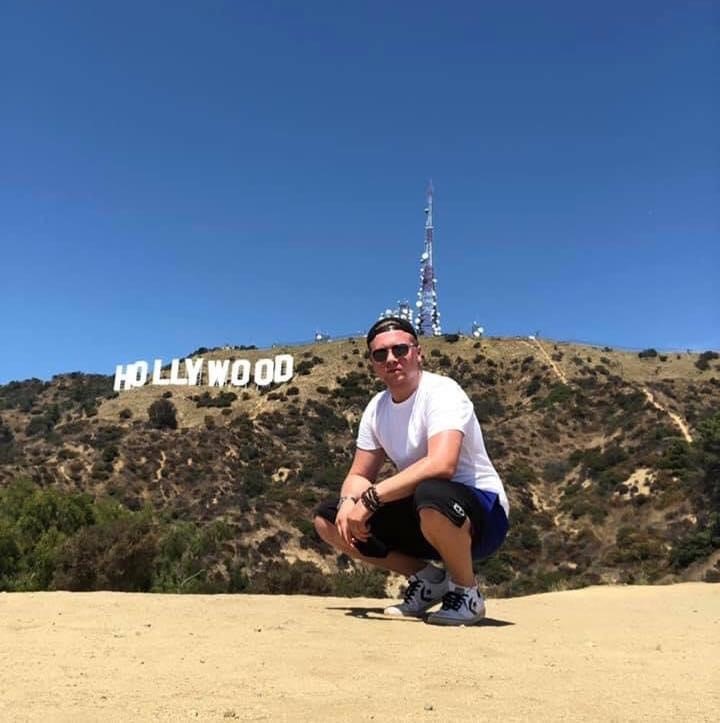 I was sent my first brief for a new series of trailer albums they were producing and began getting my music published! In my role I compose trailer cues written for briefs, detailed to what production studios either ask for or what's trending in the industry. Position Music may also request certain styles, moods and themes for album ideas they wish to put into production.

My stammer isn't a problem. Most of my correspondence is via email. Occasionally, video calls take place but not very often. The internet has been a breakthrough, allowing me to communicate just like music has; there is no stammering, no anxiety, no problems. I'm so glad to live in 2020 and have access to communication apps to speed up my life in the busy world of the music industry.

Throughout 2019 I featured on nine albums. In January 2020 my music supervisor Craig emailed me saying my track 'Down From The Sky' had been used in the promotional campaign for the movie 'Terminator: Dark Fate' (watch it below). This was a 'WOW' moment and one of total disbelief! Growing up, the Terminator series were my favourite films and the fact my music made it into that campaign was mind-blowing!

It wasn't long before I started making more placements. My track 'Skyfall' landed in the red carpet promotion for HBO's series of Stephen King's 'The Outsider' (watch it below), then 'Starscream' was used in America's Got Talent. My voice was being heard and used globally in the industry I love; it was a great sense of achievement!

During the unfortunate events of COVID-19 and lockdown, I continued to work and finished my first solo trailer album, 'Triangulum'. This 11-track record, developed over nearly a year, is me releasing all my frustrations of stammering into a unique stamp of what is 'my sound'. I wanted it to capture what I wanted to say and how I wanted to say it. One of the most important tracks on the record, 'The Kraken', explores the feeling of being submerged in water and how it feels for me, to have lived with a stammer. It's about the constant feeling that my stammer is always with me, always there in the back and forefront of my mind creating fear, anxiety and holding me back from so many things in life. Its composition is as close to what I could create to best represent exactly how it feels for me, living with something that has haunted me all my life. Triangulum is due for release very soon, and what makes it better is that I designed the album artwork. My visualisations and manifestation actually became a reality! 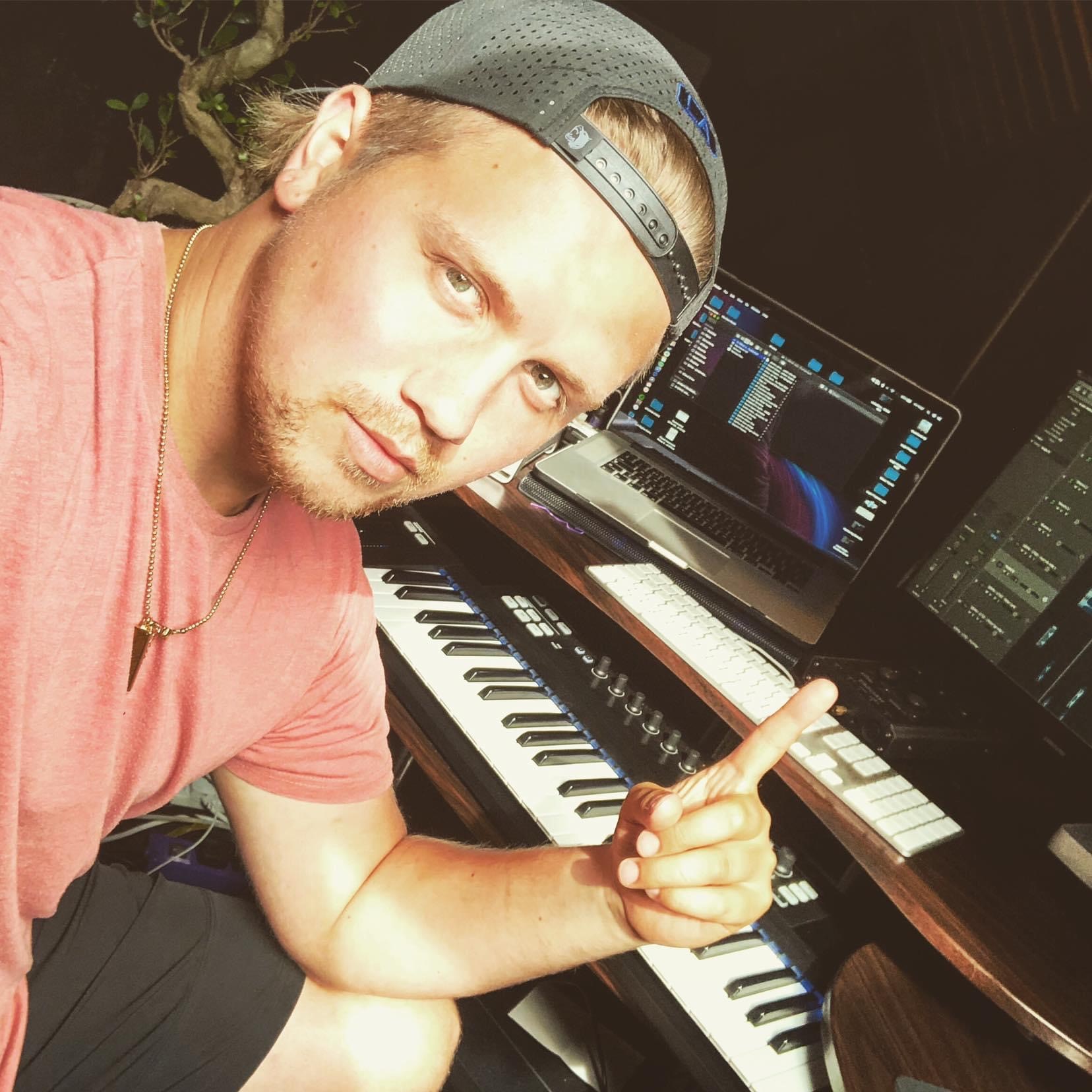 I am still at the beginning of my journey. The fact that Position Music picked me up when I had nothing changed everything. They gave me the platform to share and speak my emotions with the world. For me, it's all about writing music that I love, bettering my own life and, hopefully, the lives of others with my story and success. For those who can relate to me with speech impediments, my mission is to inspire you all to go on to live and fulfil your lives by sharing your voice with the world, just like I have learned how to do through music.

Conor recently unearthed an essay he wrote at school, revealing an 18-year-old full of fear for the future because of his stammer. Now he's a musician who tours Europe and speaks to crowds at seminars. Read that essay and see how far Conor's come.

Just before the coronavirus hit, Meghan landed an interview at a place she's wanted to work ever since she was a kid — Disneyland. Would her stammer ruin Meghan's chances of getting her dream job?