Our award-winning campaign aimed at changing the language and perception of stammering.

'Find the Right Words', launched in October 2020, aimed to kick-start a conversation around the negative language used when talking about stammering, and help those who don't stammer to understand that this is just how some people talk. The campaign was the brainchild of VMLY&R, who worked their socks off on it, and won the Communications Campaign of the Year award at the Third Sector Excellence Awards 2021. 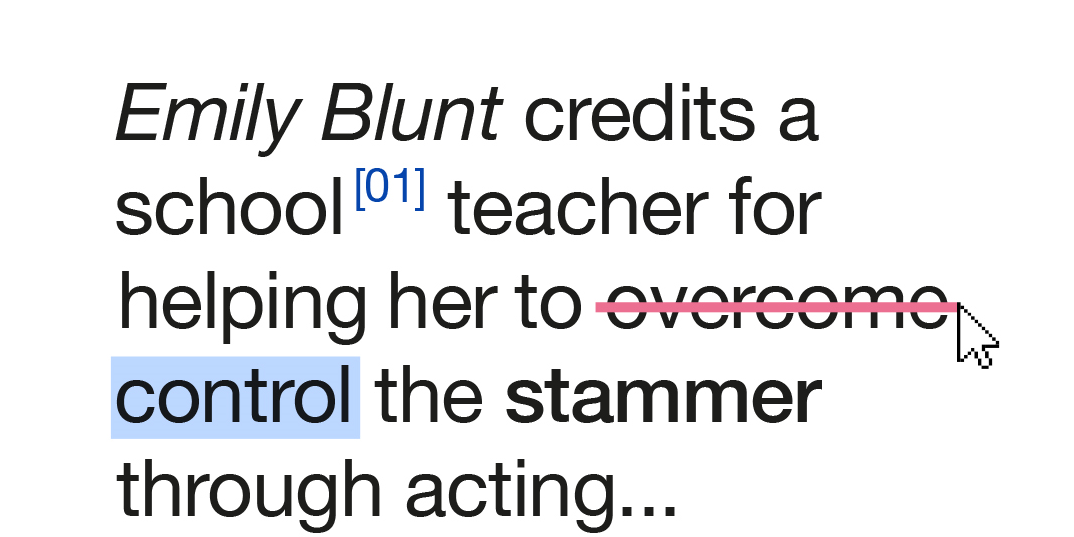 In the weeks leading up to International Stammering Awareness Day (ISAD) on 22nd October, outdoor digital adverts went up across the UK showing how we changed the language used on Wikipedia — language that described people who stammer as being 'plagued' by an 'affliction', or  having had a 'defect', when all they did was stammer. 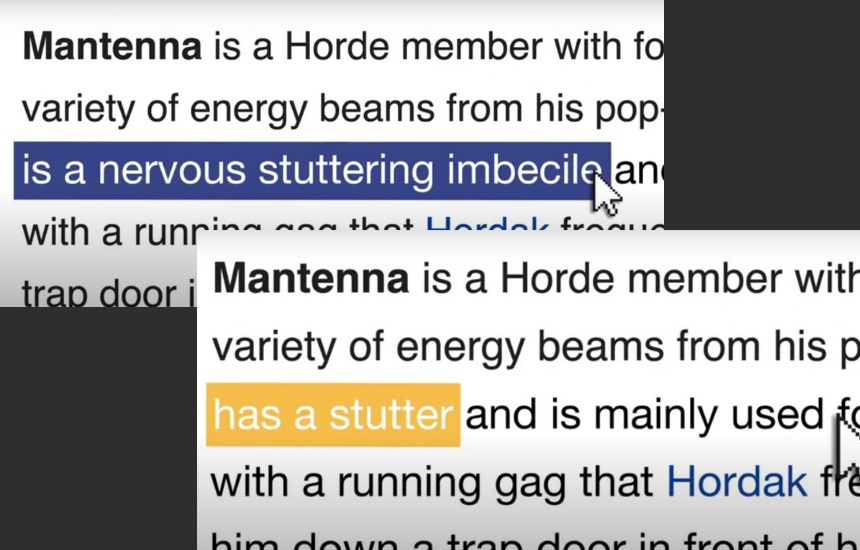 No one should feel like they are worth less as a person because of something they cannot change. The project really speaks to the nature of Wikipedia, not just as a learning tool, but as an ever-evolving platform that needs to accurately reflect the world we live in. 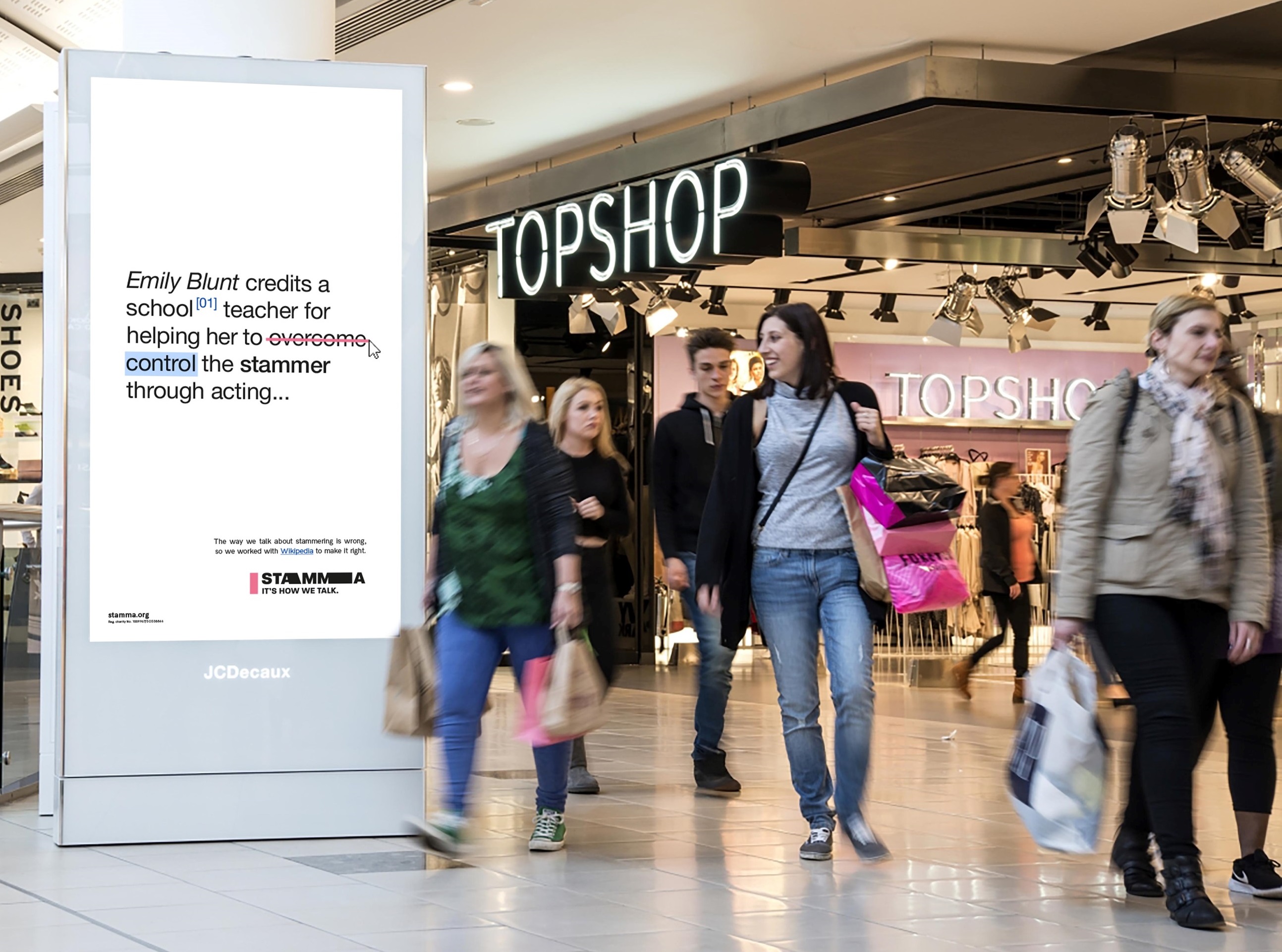 The campaign was documented in a video which you can watch at the top of the page, voiced by our very own Patron Scroobius Pip, who stammers himself. The video vividly illustrates what we did and why we did it. We ran our campaign on social media too, using the hashtags #FindTheRightWords and #ISAD2020.

Alongside the campaign, we launched a our new Editorial Guidelines endorsed by the Royal College of Speech & Language Therapists, which set out the kinds of words, language and assumptions that we want people to steer clear of. You can read the guidelines here.

At the end of the day our message is really simple: We stammer, it's how we talk. We need people to simply accept this and move away from ideas about how we can or how we should change. In this day and age, stammering shouldn't be viewed negatively and met with suggestions to 'fix it'. It should be embraced and acknowledged as simply the way someone speaks.

We need people who don't stammer to just accept how we talk.

Wherever you are on your journey, whether you did the McGuire Programme or Starfish Project, whether you're at home with your stammer or seeking fluency, we need people who don't stammer to just accept how we talk. 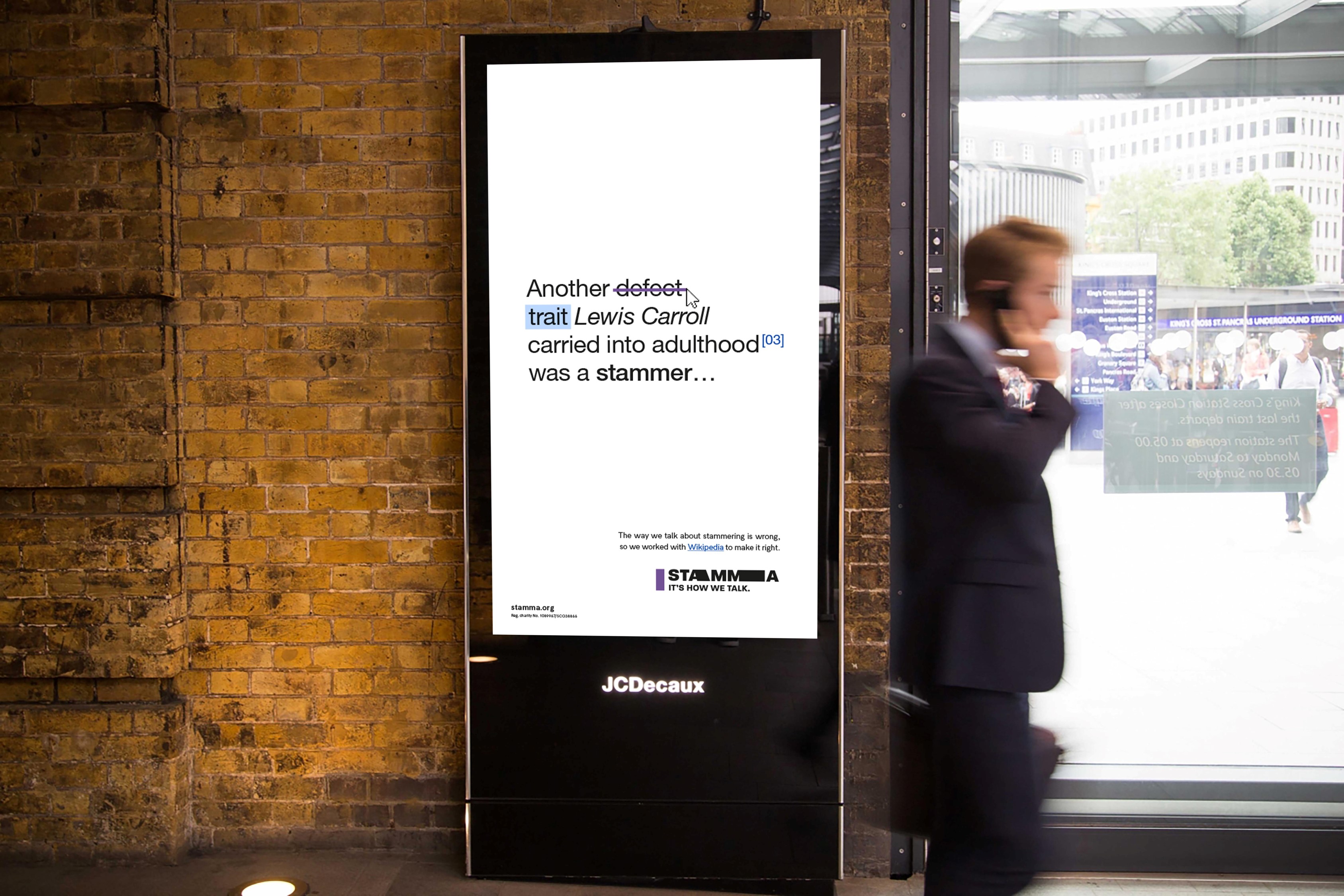 There was a great response to the campaign on social media. On Twitter, impressions from our tweets over the period from 13th October (launch date) until 23rd October, the day after ISAD, grew by 859% compared to the same period the previous month. Retweets were up 971% and the amount of people liking our posts grew by a whopping 1,011%. Over on Facebook, there was a 419% growth in our reach.

The campaign video, narrated by Scroobius Pip, was watched 50,990 times over that 11-day period. Here are a few words of thanks from Pip, who recorded this video afterwards: 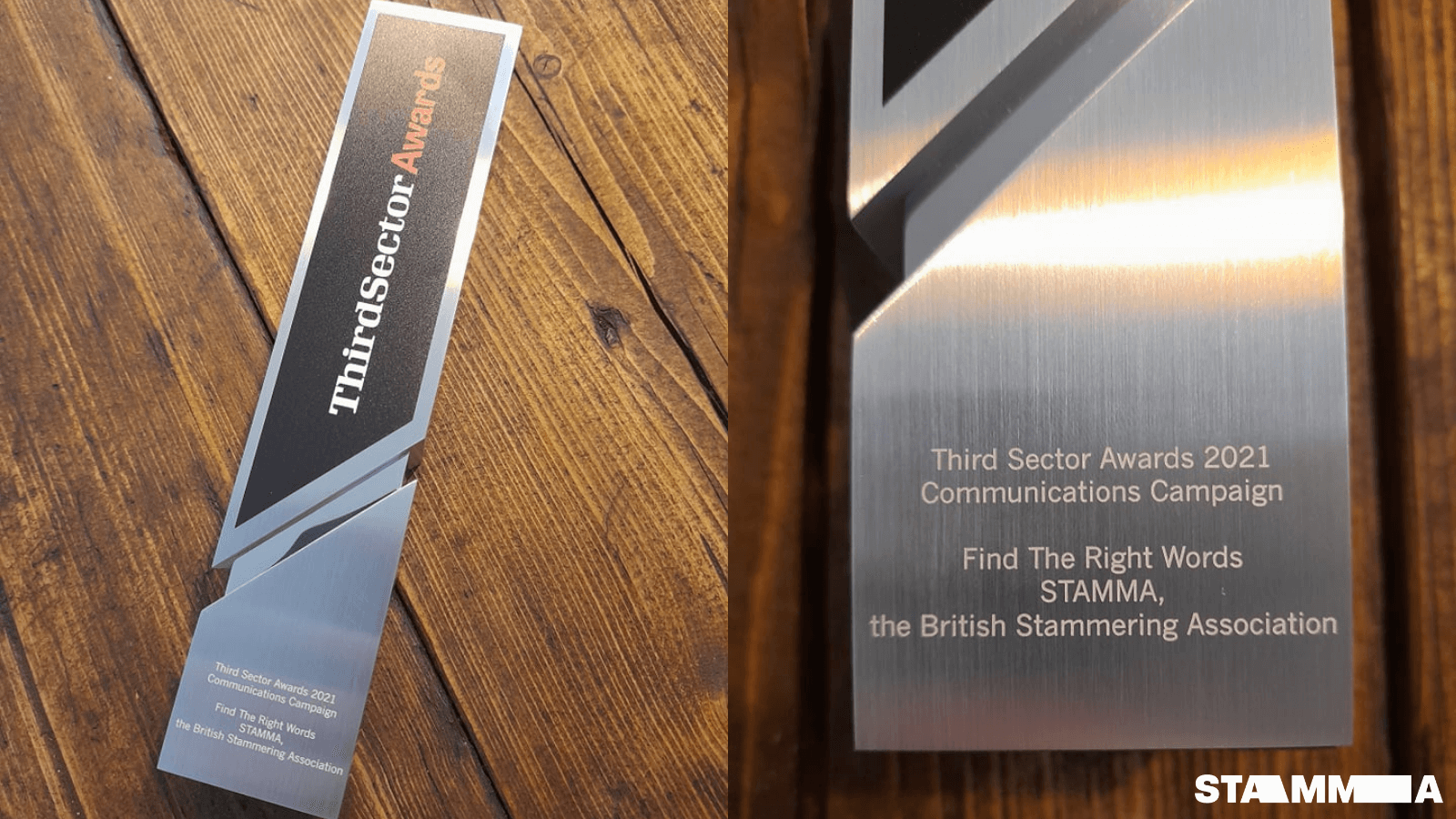 Our Find the Right Words Campaign won Communications Campaign of the Year award at the Third Sector Excellence Awards 2021.

It was awarded Silver at the Creative Circle Awards 2021 for Best Digital Campaign and Best Low-Budget Idea.

Join us and help make a difference with future campaigns — become a member of STAMMA for free. 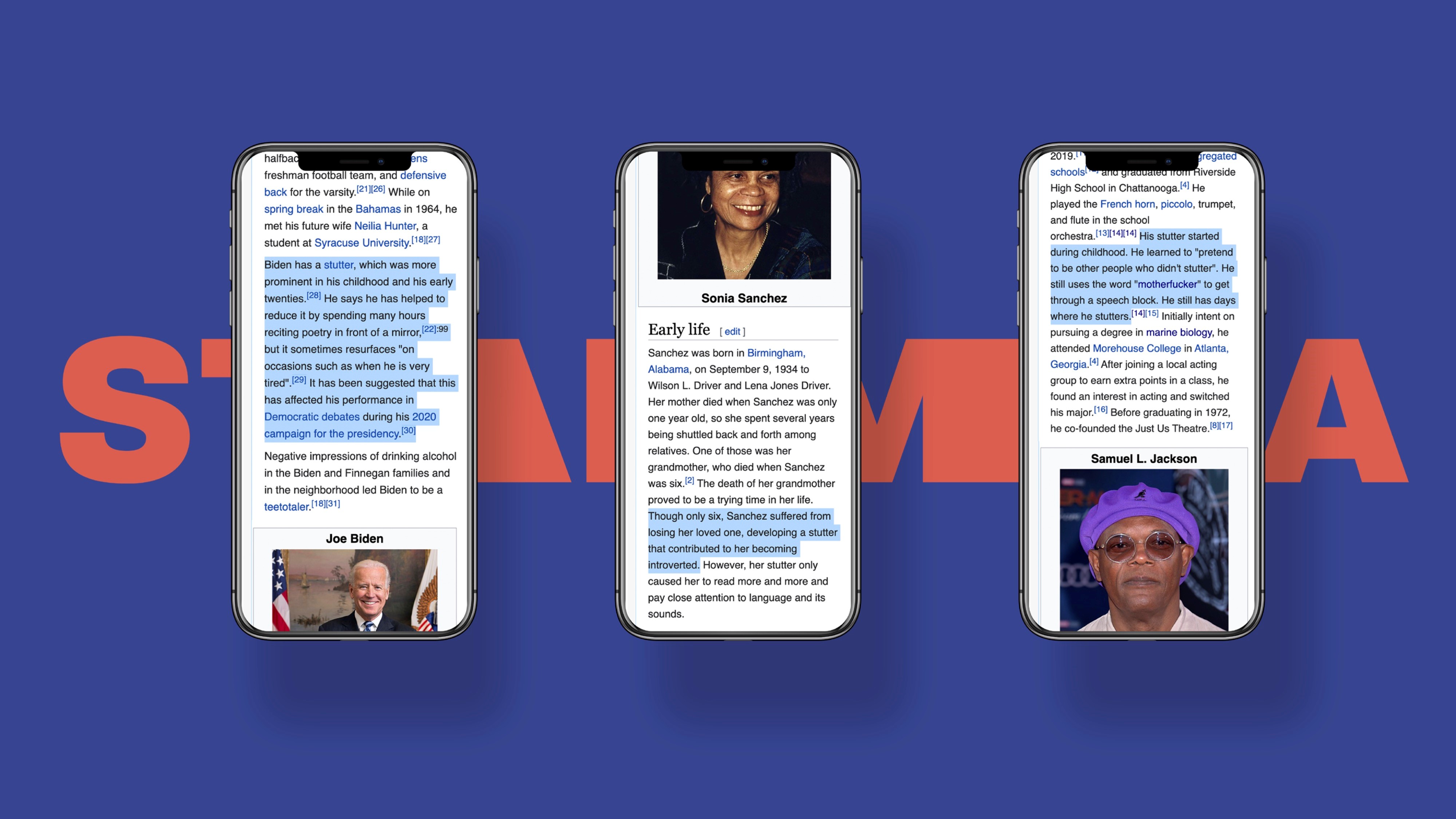 Welcome to Stamma. This is a strong community. Diverse, noisy, lots of opinions, but nevertheless a close one.

BSA Communications Director Kate Dickson reflects on the recent news story about Game of Thrones actor John Bradley and his experience of stammering, and questions his decision to give his character a stammer.