We recently posted a poem written by Sam, aged 10, and his mum Victoria, and it's caused something of an international sensation.

Their poem 'I have a stammer', which we published in our Your Voice section and shared on social media, received so much love and praise from our supporters, that Sam decided to make a video of himself reading it.

In just three days, the video was watched over three thousand times and even attracted media interest from here and abroad. Watch Sam reading his poem below.

Six local newspapers featured Sam's story and on top of that, a stammering awareness organisation in Sweden got in touch to share his video and an American support group even asked if they could interview Sam. 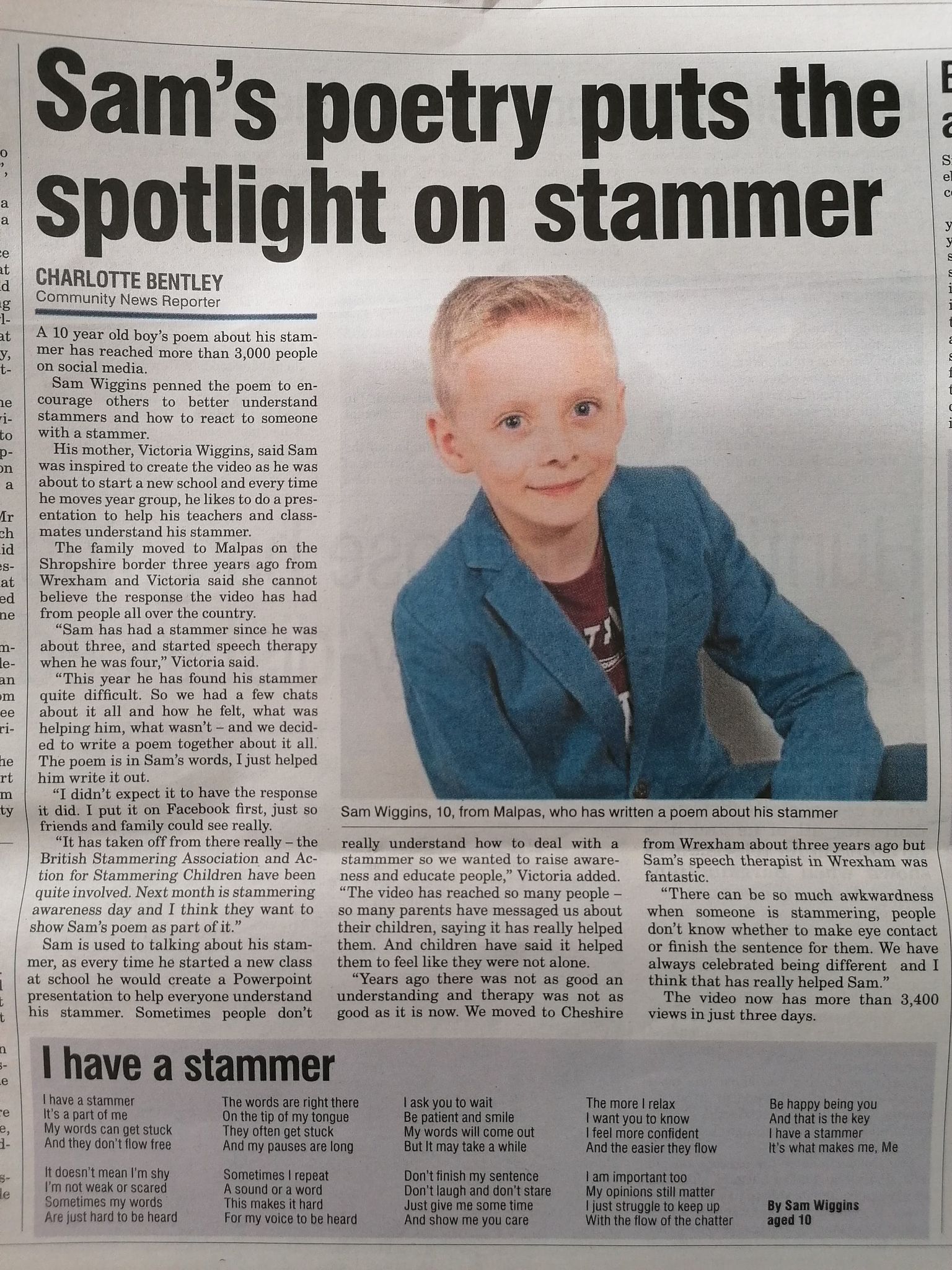 So how did the poem come about? Victoria said, "This year, Sam's been finding things difficult with his speech. With the new school year approaching, I thought it might help for Sam to write these feelings down. Together we wrote a poem to help other children who stammer and to educate others in how to help someone with a stammer."

Sam's message is... Be happy being you! And his new slogan is 'rock your stammer'

She's been amazed at the reaction: "Never in a million years did we expect the response we have had! We received so many messages from parents saying how much the poem had helped them with their children, and adults saying how brave Sam was and thanking us for educating them."

So how does Sam feel about his brush with stardom? "Sam is absolutely thrilled," said Victoria. "With International Stammering Awareness Day coming up next month (22nd October), we are keen to educate as many people as possible. Sam's message is... Be happy being you! And his new slogan is 'rock your stammer'."

Victoria has also written an article 'Supporting Sam and watching him shine' about Sam's journey, sharing the worries and feelings she had when Sam started to stammer, the strategies that have helped, and the amazing things Sam has done. Don't miss it.

When Victoria's son Sam started stammering she felt worried, guilty and helpless. But with the help of speech and language therapy, she learnt how to support Sam and make him see that there's nothing in life he can't do.