Bernadette Rice, on the uncertainty parents face when their child starts stammering, and how it hasn't stopped her son from succeeding. 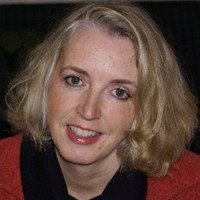 Luckily I was home the day my son Brendan came storming through the front door like a tornado and collapsed on the sofa, head in hands. He was visibly shaken up and barely able to speak. As a working mum, I valued the days when I got the opportunity to stay at home to welcome my children back from a tiring day at school, and fleetingly considered how he would have managed if I hadn’t been there to console him.

It transpired that he had been ridiculed by a teacher because of his stammer. This isn’t something you expect from someone in a position of authority, so what to do next? Should I expect a call from the school? Yes. Did I receive a call? No. Should my child expect an apology of some sort? Yes. Did they receive one? Yes, after a day or two, but we parents weren’t invited to witness it. Maybe it was our fault he had a stammer.

Luckily I was home the day my child came storming through the front door like a tornado and collapsed on the sofa, head in hands.

Brendan’s stammer appeared out of the blue at two years of age. We sought medical advice at an early stage. What did we expect from our GP? A sympathetic ear, a few words of encouragement and a referral. He was well known in the community for being a bit brusque and off-hand, and all new patients were put on his list. Could this be because no one wanted to stay with him and took themselves off his list? It was with mild trepidation, therefore, that we entered his consulting room. “Hello, what can I do for you today then?”, he said. “My child seems to have a stammer”, I replied. “Well, I will refer him for speech therapy but there’s no cure”, he told us. I think Brendan was, thankfully, young enough to not really register any of that. I will ask him one day if he recalls that first step on the road to understanding his disability.

A quandary we were faced with early on was how to advise friends on the approach they and their children should take when interacting with our child. Or should we even bother? We didn’t have to ponder this for too long; unsolicited advice, stammering-related anecdotes and solutions came our way instead. All received with grace, of course, but not quite what we expected, wanted or needed from people who had no experience of living with the condition. OK, maybe little Freddie next door did develop a stammer after being forced to use the potty at nursery, but our child didn’t! Once again we were left feeling mildly disappointed in people.

Learning a foreign language proved to be a challenge for Brendan at school, particularly when it came to the oral exam. We knew it probably would be, of course, but were keen to support him in whatever he chose to do. We thought his school would just give him extra time in the exam, which they did, but they also arranged for him to attend external speech therapy sessions. They hadn’t discussed this with us, so it was completely unexpected. As a self-conscious adolescent he wasn’t keen but he attended the sessions and though I’m sure the school meant well, he probably looks back on that period of his life with mixed emotions.

He told me the other day that he wants to learn a foreign language, but he also wants more...

A teacher once told me I had a flair for writing about family life and that I should do it more often. I’ve finally found a reason to do so. A boss once told me to speak up more. I felt like saying to him that I have a stammer, but I don’t and that would have been a betrayal to all those afflicted with this very debilitating condition.

Brendan is still a teenager and is only just starting out in life. He has already represented his country at handball at international level and has a managerial job which requires him to deal with the public on a daily basis. He’s recently had to adapt to living with a new, permanent, disability and, as usual, is taking it all in his stride. He told me the other day that he wants to learn a foreign language, but he also wants more; he wants to be able to consider jobs that require him to use the phone and he wants to not have to inform potential employers that he has a stammer. I expect, given his resilient and fearless nature, that he will succeed here too.

He also attended his first Starfish Project course recently and using the phone is no longer a barrier to him (his main concern now is watching his weight and pocket now that he can confidently order takeaways!).

The Starfish Project is one of a number of courses for people who stammer. Read more about the range of options on our Therapy & Courses section.

Get the support you need. Call our helpline, email or use webchat. We know what it's like to stammer.