Watch and listen to the media coverage about stammering, in the week Joe Biden was sworn in as the first US President to stammer.

Stamma Chair Tim Fell told BBC Look North in this interview that "For children and young people who stammer who are perhaps feeling a bit daunted about the difficulties that lie ahead of them in life, Joe Biden will be a real inspiration."

In the same item, Amelia Horsfell said, "Having someone so important in the world now is something us stammerers should aspire to. It means that we just need to embrace our stammers more."

Biden faces many challenges over the coming four years, but the more he talks about his stutter, the more chance we have of overturning a social stigma as old as humanity itself.

Our Vice Trustee Betony Kelly was interviewed on BBC Radio Surrey (listen at 3:08:50), saying how much of a momentous time this is, but also highlighting how public understanding still needs to change, with Biden being mocked for his stammer when he ran for the presidency.

Last week we mentioned that own of our members Felicity Baker, in her first ever report for BBC News, explained what it's like to stammer in the run up to Joe Biden's inauguration. Watch the video below.

On Tuesday, Stamma CEO Jane Powell appeared on BBC 5 Live's Nihal Arthanayake's radio show, which devoted its whole first hour to stammering. When asked about Joe Biden on the same programme, stand up comedian Nina G said, "Any (stammering) role model other than Porky Pig is a good one."

Any (stammering) role model other than Porky Pig is a good one.

Jonty Claypole, author of the book 'Words Fail Us: In Defence of Disfluency' (which we'll be reviewing soon), wrote an article for GQ magazine asserting that "Biden faces many challenges over the coming four years, but the more he talks about his stutter, the more chance we have of overturning a social stigma as old as humanity itself."

One of the highlights of the inauguration event was Amanda Gorman, who read out her poem 'The Hill We Climb'. A lot of media outlets mentioned that Amanda had a speech impediment as a child, including this article from CNBC.

Biden got a mention from Musharaf Asghar (from Educating Yorkshire) in the article pictured below that featured in both the Daily Mirror and the Daily Express: "I want to show you can still do what you want in life with a stammer, look at President-elect Joe Biden," he said. The article also featured Sam Wiggins who was a complete star last year, appearing on BBC Newsround and Channel 4's Steph's Pack Lunch. Read more in our article 'Sam's poem's a smash hit'. 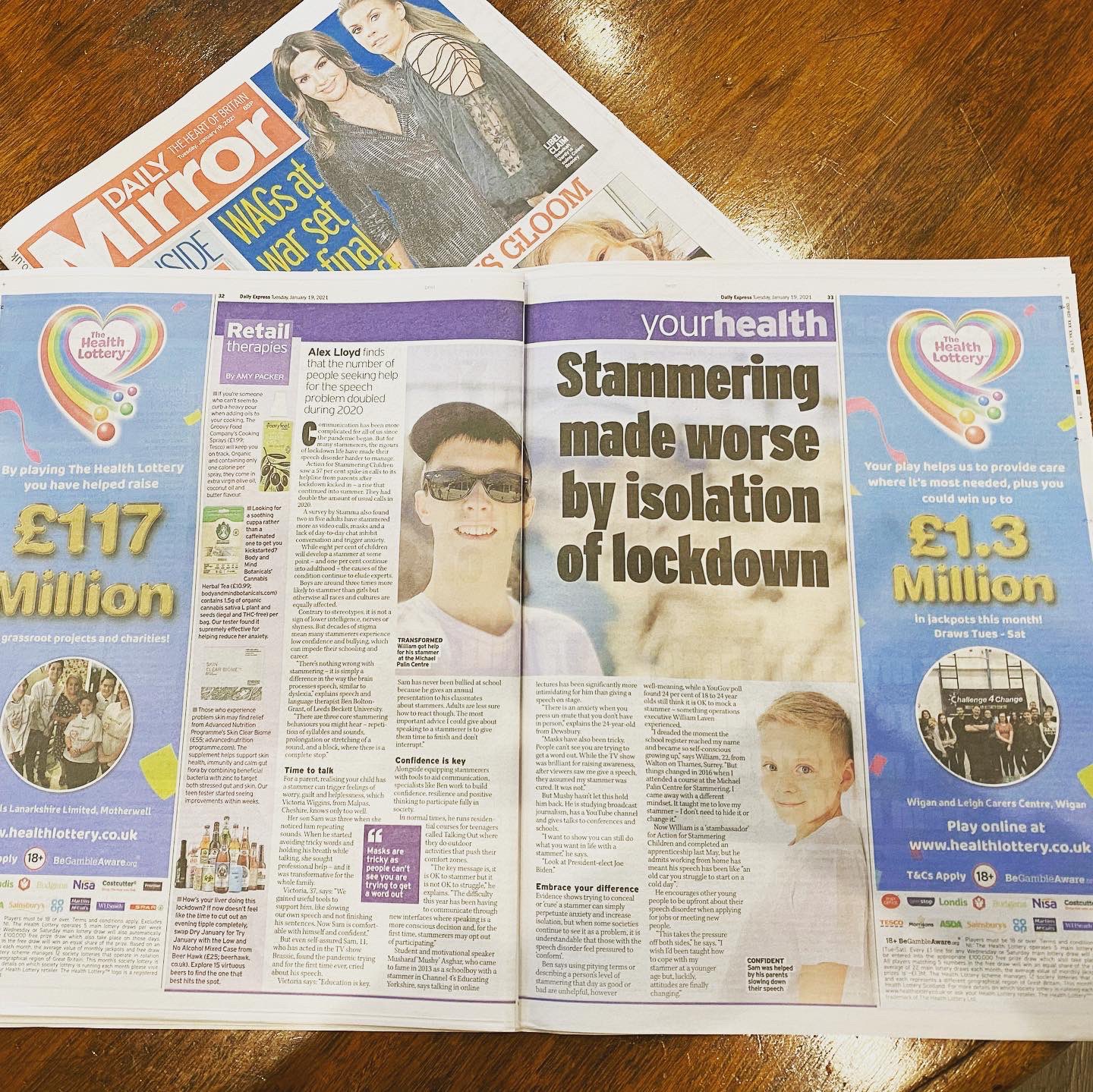 Read more about what Stamma members think of Joe Biden becoming President in these articles for our Your Voice section:

'Biden's win is a victory for stammering', by Michelle

'We can become leaders', by John

'The impact of Joe Biden', by Adam

'Cometh the hour, cometh the person who stammers', by Alan

Organisations representing those who stammer around the world have come together to congratulate Joe Biden on his inauguration as the first President of the United States of America to stammer.

Adam addresses some of the criticism towards Joe Biden, and tells us what a soon-to-be-President who has been open about his stammer means to him and the stammering community.

On the day of his inauguration, US speech & language pathologists Dr. Phil Schneider and Uri Schneider reflect on President Joe Biden and the narrative of overcoming stammering.