Sorry, can you repeat that?

Video content creator Tobrise Chinosa talks about accepting his stammer in his late 20s and how his passion for football and filmmaking got him into in public speaking.

They say that repetition is a part of success. But for someone like me with a stammer, repetition is a word that strikes fear into my bones. My stammer normally erupts in awkward social gatherings, like when the decibels are slightly high.

I'm not going to pretend that I can remember every single story from when I was at primary school where I felt uncomfortable. I'm 39 years old, goddammit; I have a memory like a sieve! However, in my playful 20s I do remember certain situations when I felt very awkward because of my unique communication style.

How I used to be

Repeating myself used to make me feel like a useless fart. I knew I was on the tightrope of failure the moment I could see my friends squint their eyes or lean their heads closer to my mouth and say, "Sorry Tobrise, could you repeat that?"

The hot burn of embarrassment used to really affect me. I used to feel like an outsider, like having a key to a house but someone had changed the locks. Don't forget this was pre-social media, so your voice was your gateway to acceptance.

I used to feel like an outsider, like having a key to a house but someone had changed the locks.

I didn't accept myself. Unknowingly, I was pressing my self-destruction button.

However, in my late 20s/early 30s I adopted the Mary Poppins mentally of accepting and loving my strengths and weaknesses. That may sound a bit 'la la', but it's absolutely true. How I talk, my tone of my voice — these doesn't define me. My character does.

When I talk now I talk with purpose. I listen and take in the information about things I don’t know. I really do think over the years I’ve become a better listener in general purely on this fact.

As a teenager I used video as another form of communication. My parents had a VHS camcorder and I used it to record my thoughts. This turned into an obsession of mine. I’d watch videos (music videos especially) and be fascinated about what was going on in the background — most Michael Jackson videos really got me thinking, LOL.

Now I work in the film industry during the week and at the weekend I create video content for my football platform on social media. As an amateur footballer, I wanted to document my journey in the grassroots level of football, my highs and lows. You can see my videos on my YouTube channel and I’m on Instagram too. I also made a special video to go with this article too (see the bottom of the page).

How I talk, my tone of my voice — these doesn't define me. My character does. 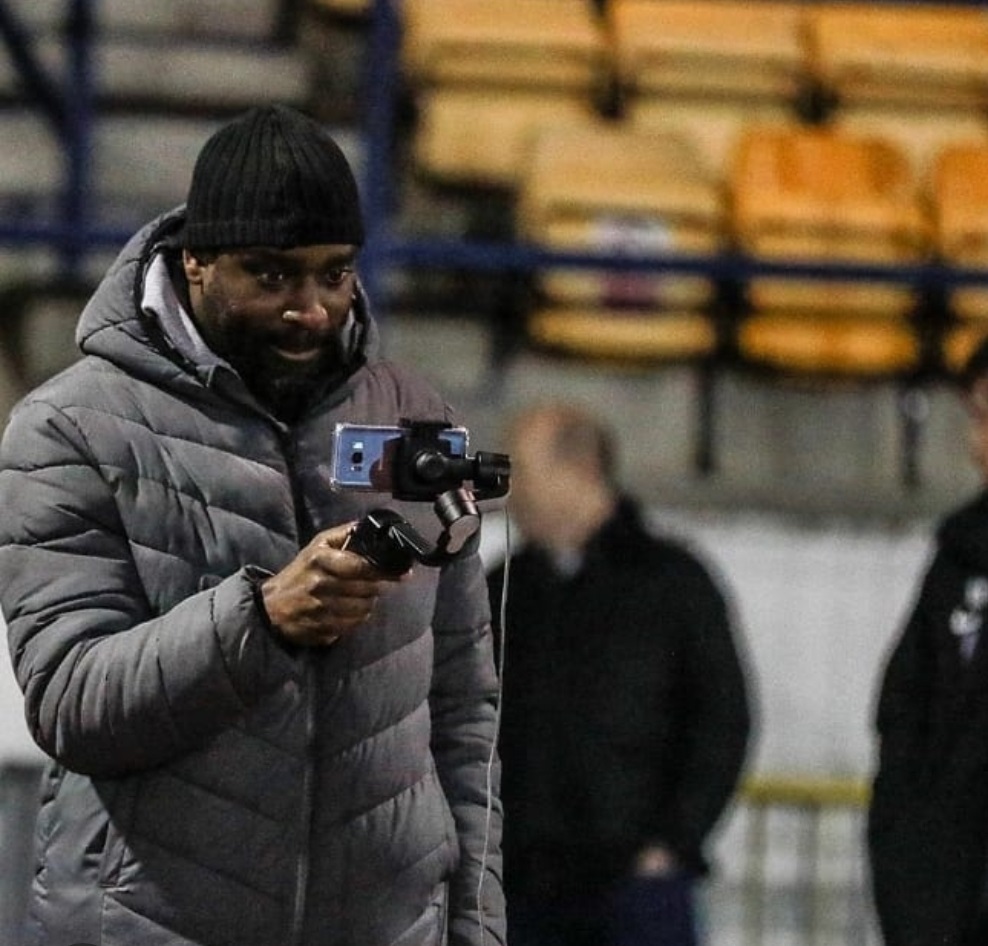 I have gradually got more and more involved in public speaking. I think it started when I was appointed manager at my football club. I wasn’t a speaker at all back then; I did all my speaking on the pitch. Speaking to the players before, during and after the game was probably the first time I had an influence on anything.

I gained confidence from this and wanted to do more. I contacted my university (London Metropolitan) about possibly doing a 5-minute talk to their undergraduates. The talk ended up being a 1-hour keynote speech.

As I approach my 40th birthday — March 18th 2021 :) — my plan is to do more public speaking. If anyone asks me to repeat myself I will take that as a huge compliment. It means that what I say is so impactful that they want me to say it again. Second helpings are always better than the first.

I’ll repeat that: second helpings are always better than the first.

To anyone out there who’s reading this, I’d say do not be afraid to take risks. You’ll be surprised that no one cares about your stammer. It’s down to you only to accept your blessings. Yes, you can get lucky with something in life. But I believe if you’re willing to take a risk and work hard, then the 'luck' or the opportunities magically appear.

I know this may be a cliché but you need to embrace yourself. Embrace your faults, your strengths, your quirkiness. Embrace you.

When Martin Scott said he wanted to become a football coach, some questioned whether he could do it. But with a 15-year career behind him, including a spell coaching in America, it’s been the best thing he ever did.

Daniele Rossi tells the true story from childhood that inspired one of his Franky Banky comic strips. Things have changed since then, he explains…