The British Stammering Association, trading as Stamma is dedicated to creating a world where people who stammer are able to fulfil their potential and enjoy respect and consideration.

Here for anyone in the UK who stammers, we offer support and information for those that stammer and those around them. We're here to connect people, to support, signpost and provide information about stammering and to advocate for and represent those who stammer.

Above all we are a membership organisation. Anyone aged 16+ and living in the UK can become a member by clicking here. Members can vote and stand for election for our General Committee (Board of Trustees). In addition to members, we also rely upon volunteers to help us do what we do and support people across the country. If you want to get involved, volunteer on the helpline, help in the office, take pictures or write for us, we would LOVE to hear from you. Click here to volunteer.

Jane Powell, Chief Executive
Jane has worked in the voluntary sector and on campaigns all her life. She joined the BSA in 2018 after launching and running the charity CALM (Campaign Against Living Miserably). She said, "It's an honour and a huge responsibility to be leading such an important organisation."

Kirsten Howells, Programme Lead
Kirsten is a speech and language therapist. Fortunate to have lived and worked in Norway and the US, she now lives in the north-west of England with her family. Joining the Stamma team in late 2019, Kirsten said, "I'm really excited to be involved with the work of Stamma and am looking forward to contributing to the further development of the helpline and webchat services."

Jacqueline Fitzsimmons, Office Manager
Jacqueline first started working with the BSA back in 2000. Following a career break she returned in 2016 as Office Manager, using her wealth of knowledge to ensure that the day-to-day operational aspects of the charity run smoothly and efficiently.

Lee Millam, Helpline Manager
Lee has worked for the BSA since 2008, managing the Information and Support Service and fundraising for it. He also works part-time for another charity focusing on volunteering and contributes podcasts to the academic website Pod Academy. Lee has also worked as a radio producer for independent and BBC radio.

Ahmad Al-Hasani, Salesforce Administrator
Ahmad is a database administrator and joined the team in late 2018. He said, "having had stammering in my family, I feel passionately about supporting people who stammer by providing operational support to the team. In my free time I enjoy playing the saxophone out of tune, to the pleasure of my neighbours!"

Steven Halliday, Web Editor
Steven first worked for the BSA from 2009-2015, during which time he set up its social media presence and Facebook support group. He rejoined late in 2018 to take over on the website and said, "I used to really enjoy editing the old magazine Speaking Out, so am excited about showcasing the stories and experiences of people who stammer through the website."

Manisha Vora, Finance Officer
Manisha joined the team on a part-time basis in February 2019. With several years' experience in accounts and finance, she has worked with other charities and small partnership concerns, and is excited to be a part of the BSA.

Tim Fell (Chair)
"One of the aims of the BSA is to help people who stammer reach their full potential. That's a fantastic thing to be able to do! And I believe that, as a trustee, I can use my experience both as a businessman and a person who stammers to help the BSA achieve that aim."

I’m co-chair of the Civil Service Stammering Network and as a person who stammers, I am passionate about creating positive and inclusive environments where everyone can speak and be heard."

Mandy Taylor
"I am originally from Northern Ireland, but now live in Cheshire, where I work in finance for an integrated marketing agency. My partner and I have four children between us, and stammering is very much prevalent in our family, with members on both sides that stammer over three generations."

"I am from Scotland but now live in London, after a spell in Sydney, where I work as a Chartered Accountant at a private equity firm. As one who stammers, I am proud to be involved with Stamma and as Treasurer my role is to ensure that the charity can continue to carry out and develop its activities from a strong financial position, and provide clear and concise financial information to the members."

Neil Morjaria
"Having stammered since childhood, I have experienced first-hand the difficulties and challenges and I wish to help promote greater public awareness and understanding of stammering and offer support wherever needed. As an Independent Financial Adviser to both personal and corporate clients, my role involves a lot of talking!"

Rob Grieve
"I am a senior lecturer in Physiotherapy at the University of the West of England. I have found my many years of teaching/public speaking experience have been beneficial in the successful self-management of my stammer. Apart from my academic role I have been actively involved in running workshops and support for students/staff with a fear of public speaking, regardless of fluency."

Naheem Bashir
"I am an Experimental Psychologist at UCL. At the age of 18 I almost took my own life because of my stammer. However, through therapy and support I learned to see my stammer as a slingshot; it held me back, but now it's propelling me forward. I recently completed a PhD exploring the brains of people who stammer and using this information to develop more effective therapies. I also co-founded the London support group for people who stammer."

Christine Simpson
"I recently retired from a working life in library customer services. My stammer has had a positive effect on my life. I met my partner through a BSA event and have met many wonderful people through the charity. I have volunteered for BSA for many years, most recently as chair of the Cardiff conference organising committee. I'm also an admin of the Women who Stammer Facebook group and co-founder of the new group in London for women who stammer.

Gillian Rudd
"I am a Speech and Language Therapist and senior lecturer at Birmingham City University, and co-founder of the Birmingham Stammering Network. I've been a member of the BSA for over 15 years and feel privileged to be part of the Trustee board during such an exciting time of development and change."

Natalie Mortimer
"I’m a vocational trainer and Psychology MSc student, and hope to become a clinical psychologist. I've stammered for as long as I remember and have a very positive relationship with my stammer. It hasn’t always been like this so I use my own experiences to help others navigate the barriers put up by society. I applied to be a Trustee so I can support Stamma with changing lives and giving hope to people who stammer. I’m also co-founder of a global support group, Stamily."

Lynne Mackie
I’ve been involved with the BSA for nearly 15 years and I’m honoured to be able to help the charity as they continue to develop and find new ways to support their members. I’m also a Trustee for the Scottish Stammering Network and I am involved with the international stammering community Stamily. Professionally, I’m a healthcare librarian and I work closely with my work disability network as one of the site leads and inclusion ambassadors.

Of the Trustees listed above, Gill is the only one who doesn't have a stammer.

To see when each Trustee was elected or appointed, and the dates when their terms come to an end, click here. 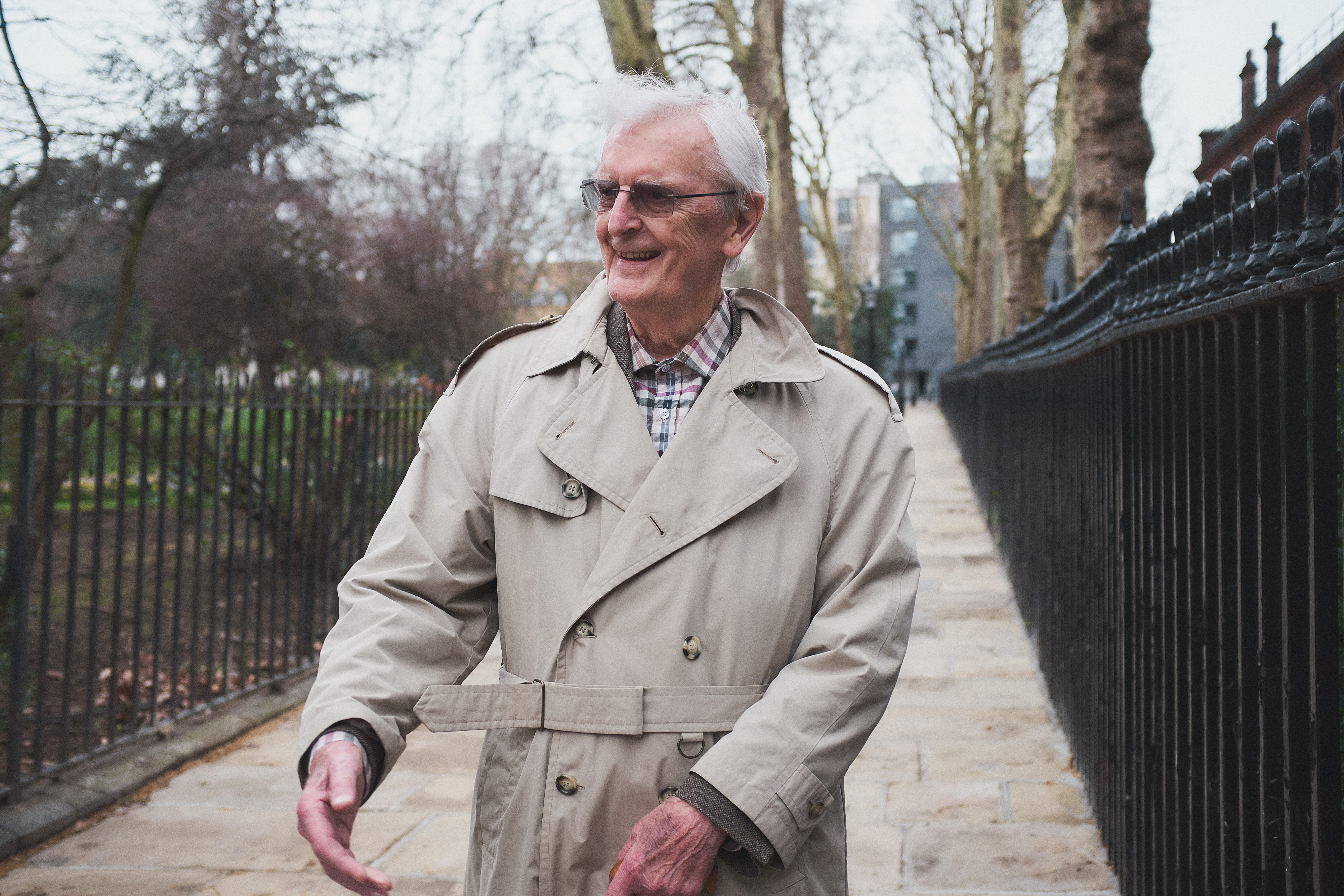 In addition to our members, volunteers, fundraisers, trustees and staff, the British Stammering Association is supported by our valued Patrons.

Our Patrons have each been impacted uniquely by their stammer. They each consider it in a different way and we are keen to share their experience, views and insight. They are, in alphabetical order: 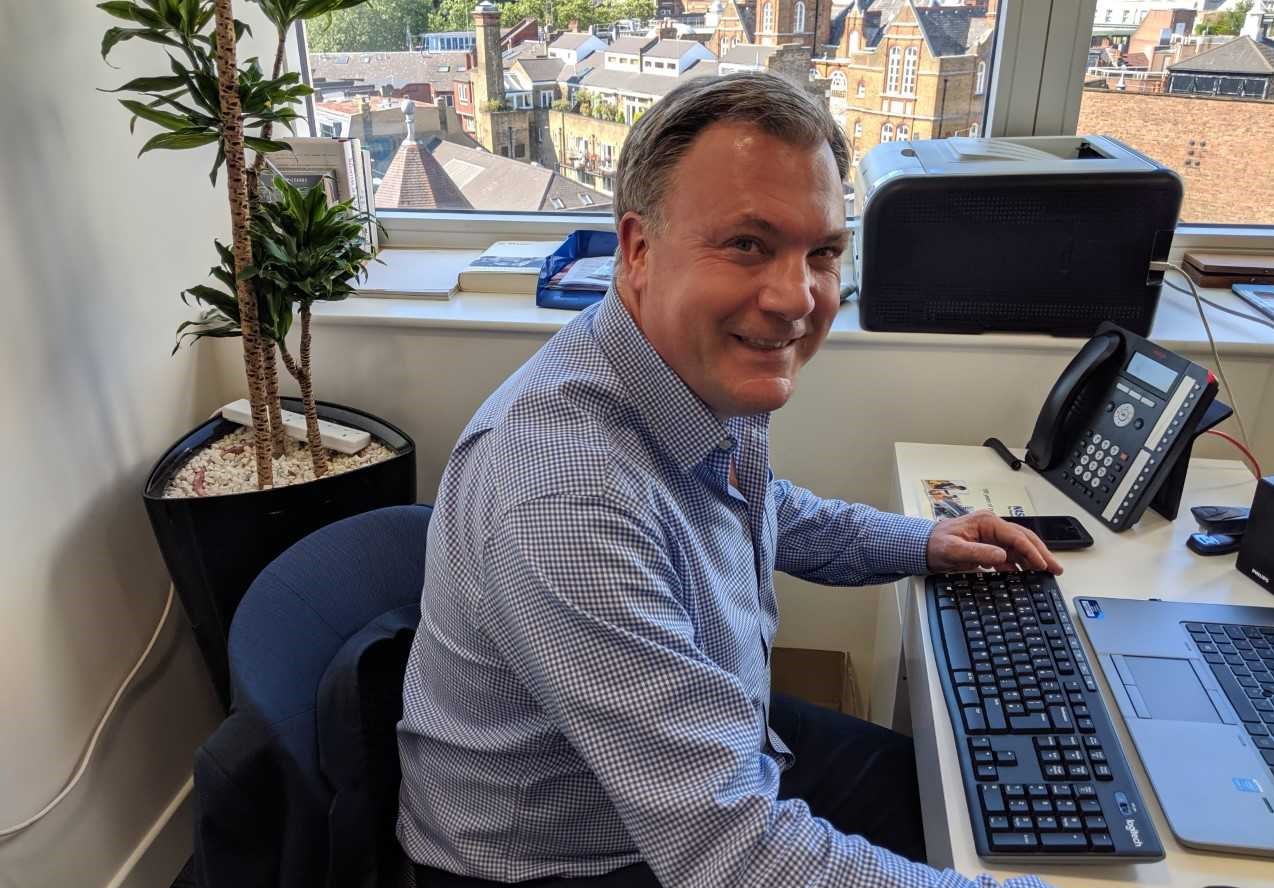 You can borrow Ed's book 'Speaking Out', in which he talks about his stammer, from our library here. 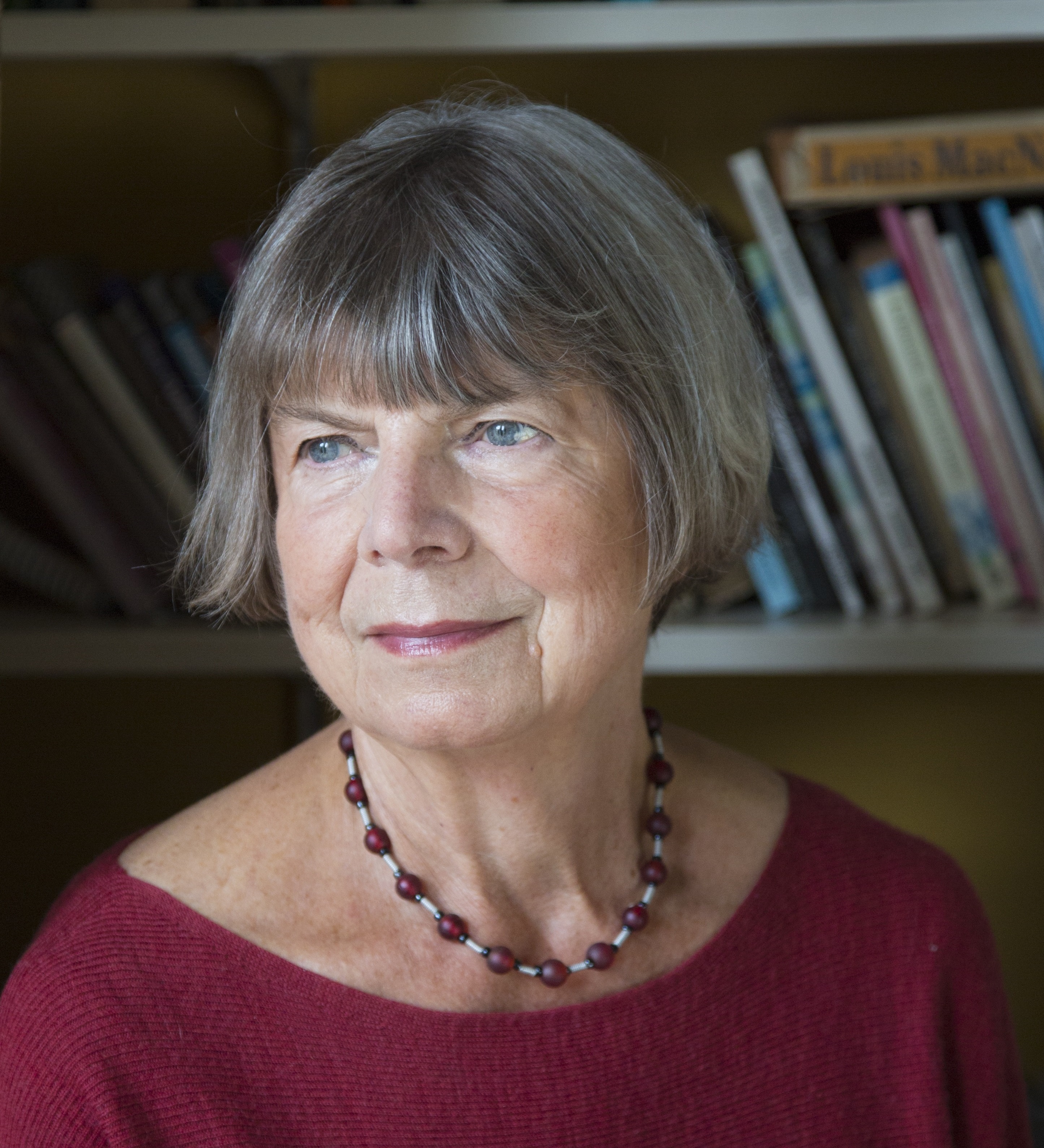 In 2001 Margaret Drabble delivered a lecture at the invitation of the Oxford English Faculty. In it, she said:

'The ability to speak fluently is a great asset in a literary career, and one much prized by publishers and publicists. Nevertheless, many of us find ourselves pressured or flattered or cajoled into making speeches against our better judgement.

'I was not cut out by my natural talents to be a lecturer or a public speaker. From an early age - the age of three, I am told - I suffered from a stammer, at times severe, though now very episodic and temperamental. So I could take the line that both Arnold Bennett and Somerset Maugham took when asked to speak in public, at after-dinner gatherings, or to literary societies. Both were severe stammerers, and both insisted that they didn't speak, they wrote. I could argue, though disingenuously, that my objections to the modern commercial literary circus spring from the fact that I entered it with a handicap, and that I feel that, as a writer, I am being expected to display skills or abilities that I do not possess.' 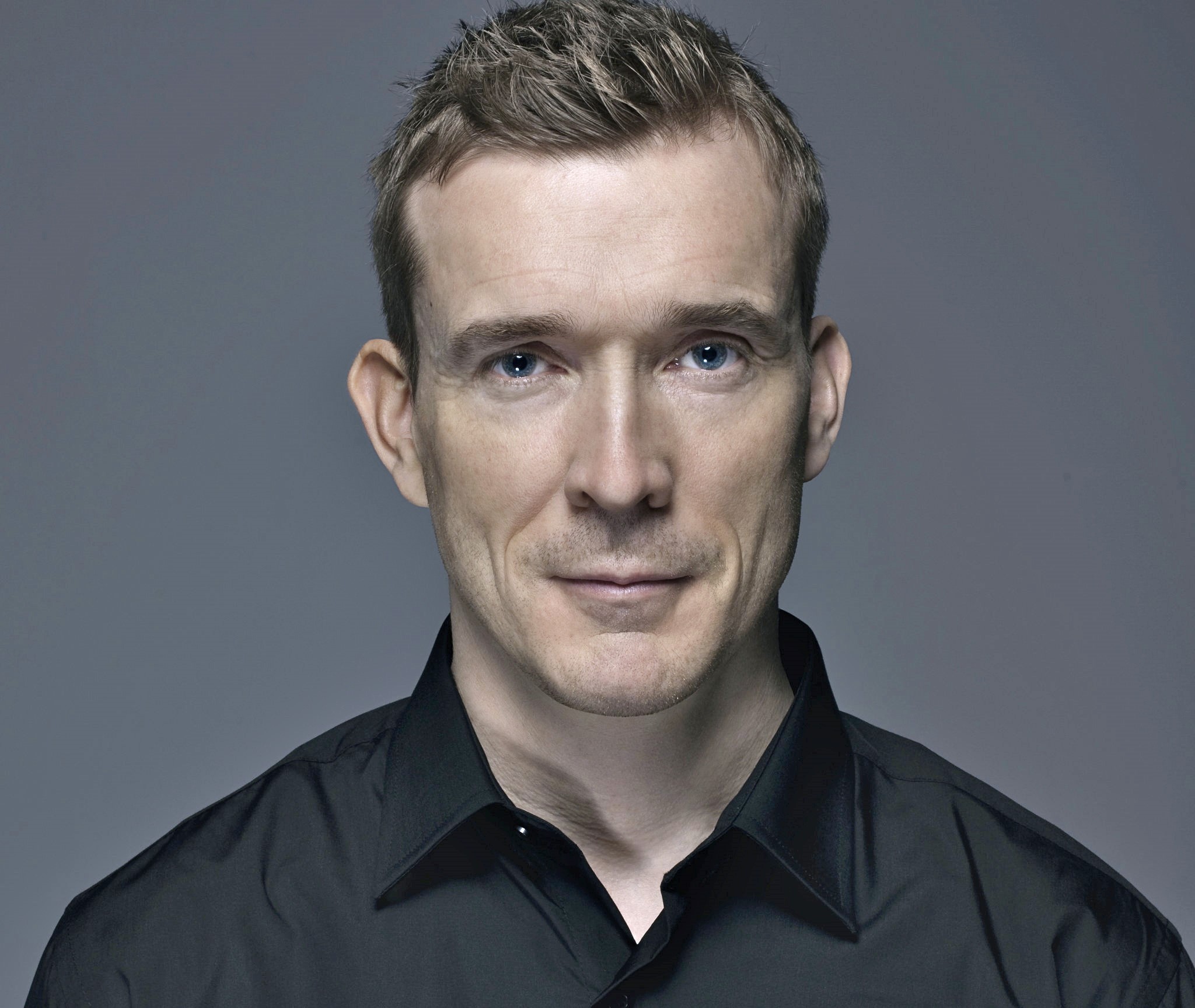 You can borrow David's novel 'Black Swan Green', a semi-biographical book about a boy who stammers, from our library here. David also made a keynote speech to the World Congress for People who Stutter in 2013, titled '13 Ways to Look at a Stammer', which you can watch here, or read the transcript here. 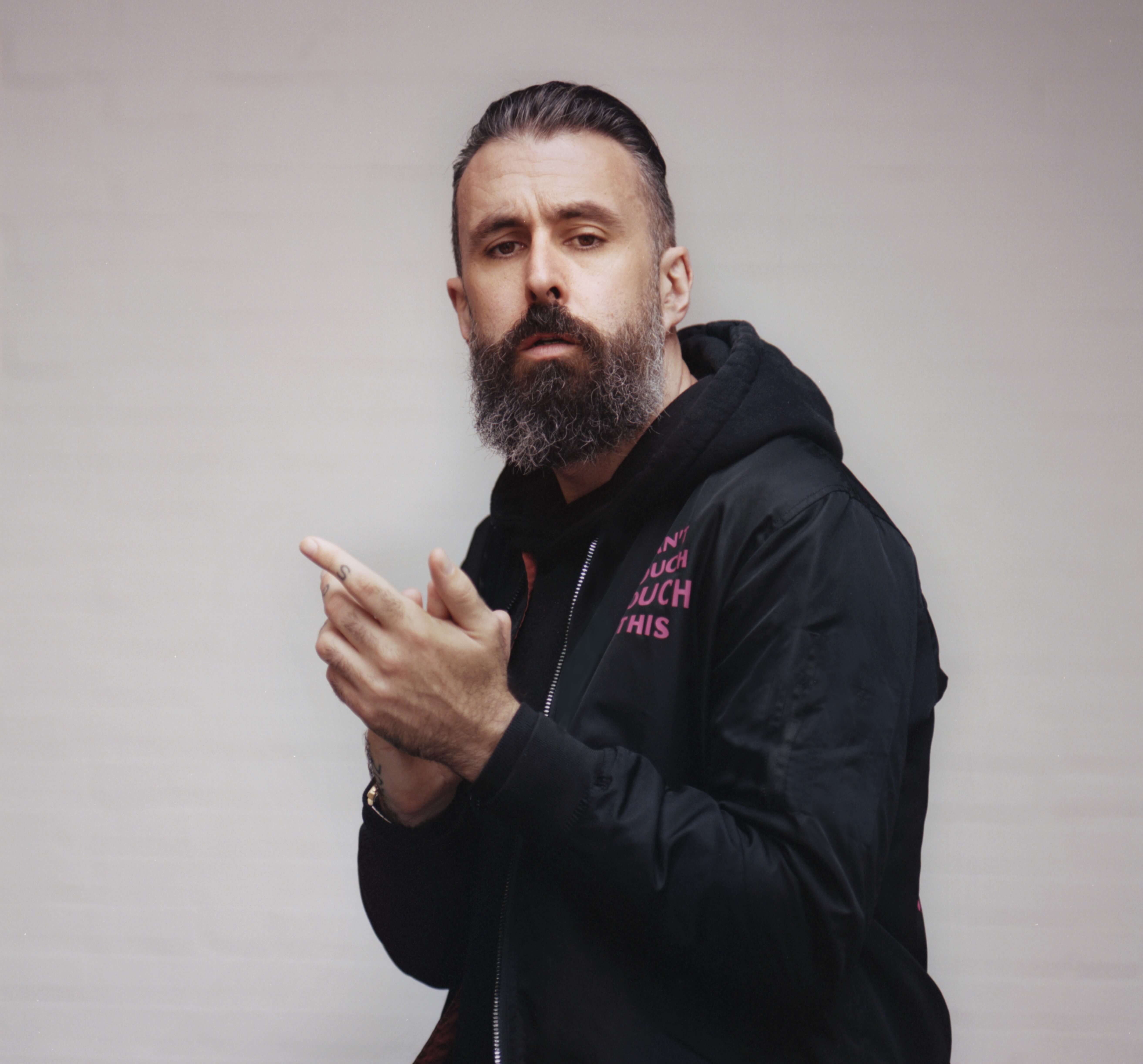 Listen to a special edition of Pip's podcast 'Distraction Pieces', where he talks with three people who stammer, here.

Watch Arwel explain in the video below that 'having a stammer isn't a barrier to having a great life and a great career.' 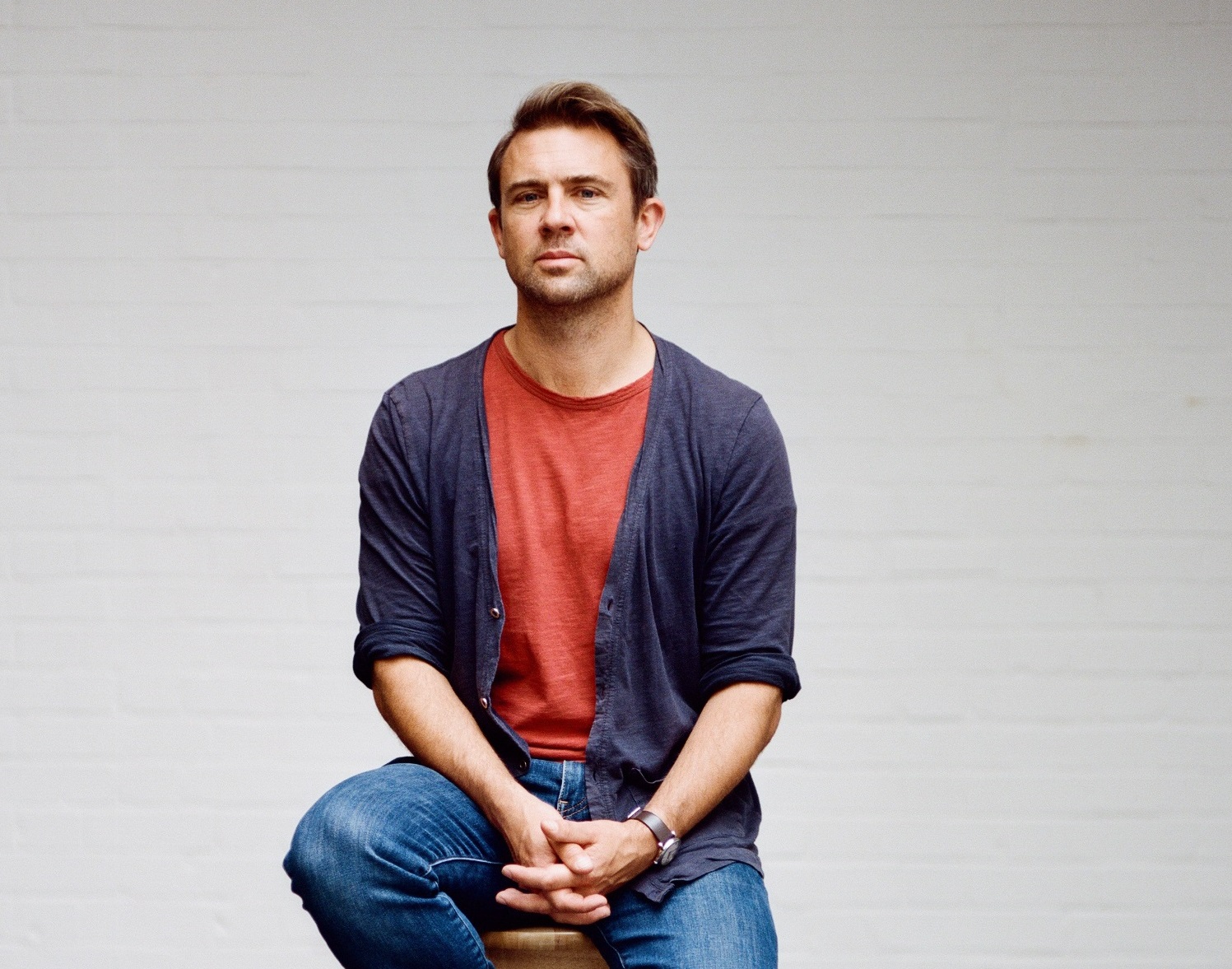 Being our newest Trustee, you can read more about Owen in our news article here. 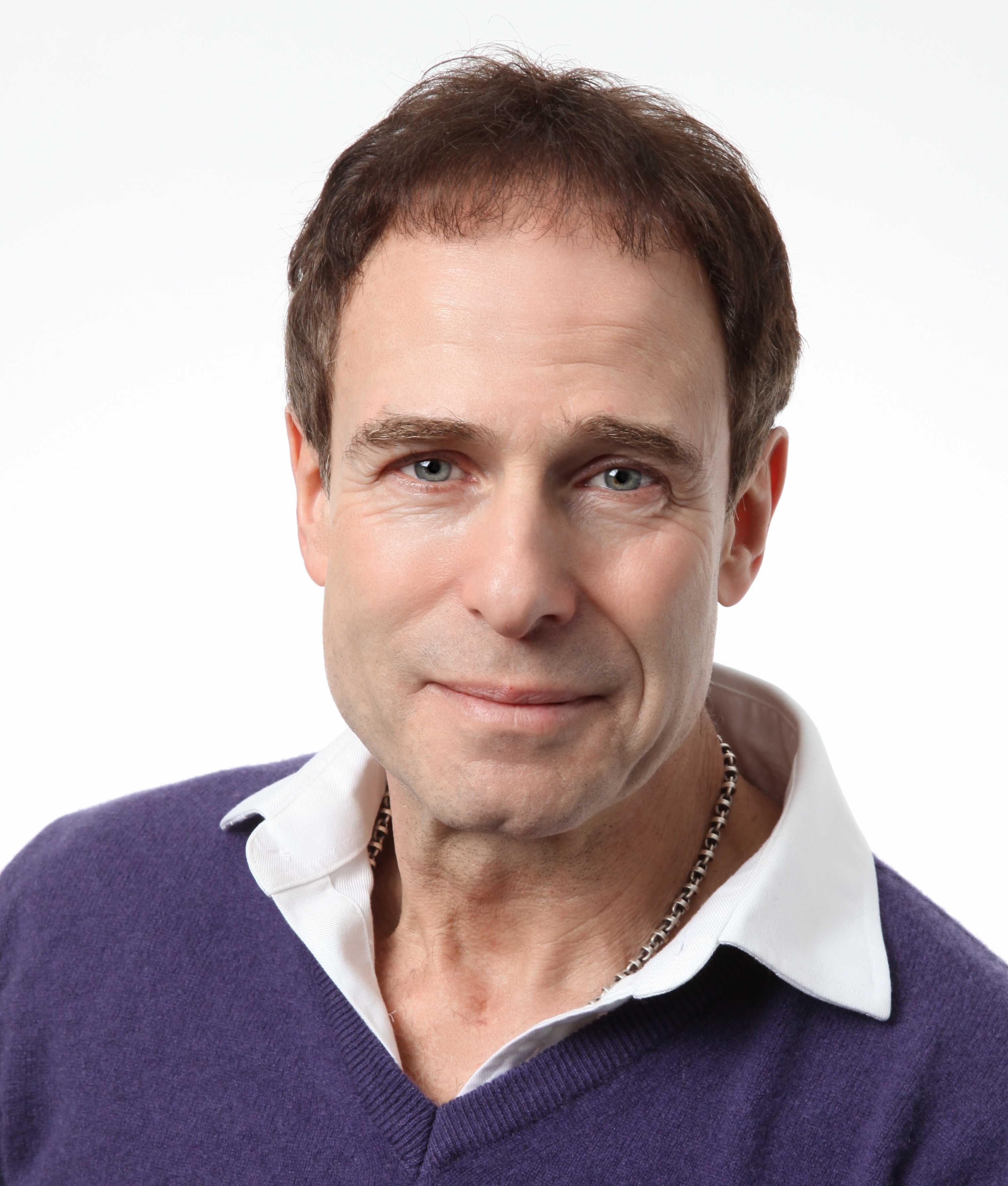 Jon has a high profile in the sports and entertainment arenas, and in his biography 'The Deal', he talks about his stammer and how he developed public speaking skills for his continuous media work. 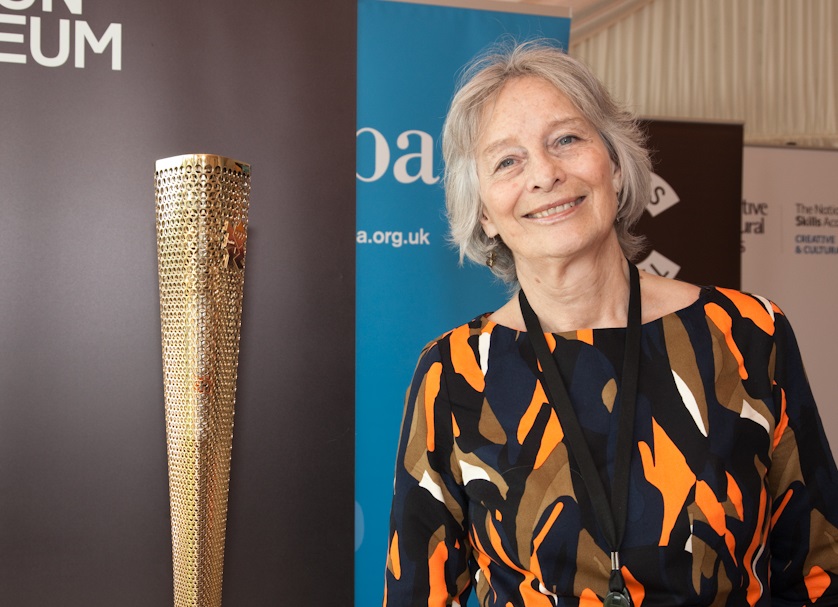 Read our interview with Janet Whitaker, in which she talks about coping with her stammer in Parliament, here.

Our former Patrons include: 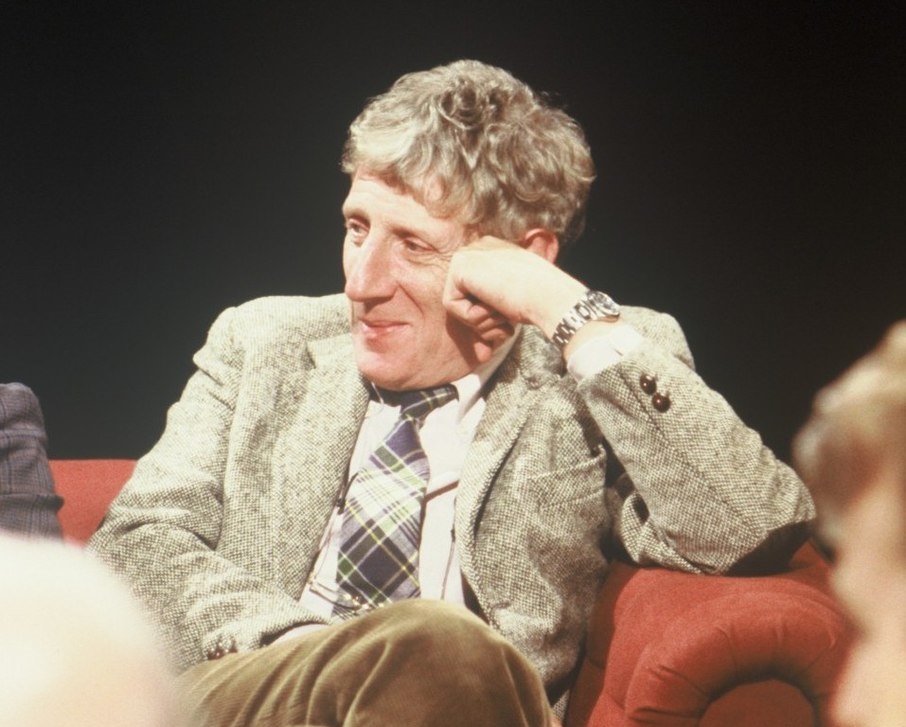 Jonathan sadly passed away in November 2019. Read our Tribute to Jonathan Miller, which includes a transcription of his Parkinson interview where he talked about his stammer. 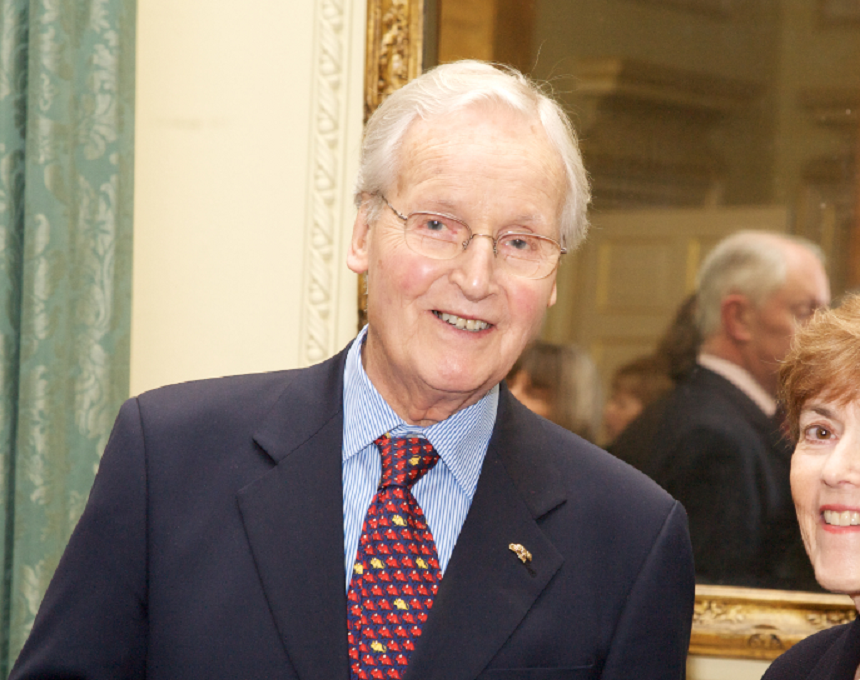 One of our longest-standing patrons, Nicholas died in January 2020. Read what he did for the charity in our Tribute to Nicholas Parsons. You can also read the chapter of his autobiography where he talks about his experiences of stammering here.

We've a rich history, stretching back over 40 years.

Our Memorandum and Articles of Association, plus our accounts for the last five years.

If we're going to change the world, or at least the society in the UK, seven people in the office isn't going to cut it, so do join us!

Get in touch if you'd like to know more about the British Stammering Association and the Stamma campaign.

After having a difficult time at school, Abdiwali writes about how adopting a positive mindset has helped him succeed at work.

Growing up with a stammer was hard for Jordan Caygill but music allowed him to express himself. When he turned to the piano to rehabilitate his hand following a serious injury, little did he know he was starting a journey, one which would lead him to Hollywood, composing music for movies and TV shows. Read his inspiring story here.