Ahead of his show 'Did I Stutter?' at the Edinburgh Festival this summer, award-winning stand-up comedian Aidan Greene tells us about one very sweary heckler at last year's Fringe.

In August 2018 I began my third full run at the Edinburgh Fringe Festival with an hour-long comedy show about being a person who stutters. At this stage you might imagine I knew what to expect when it came to the whole 'having a speech impediment and trying to be funny while also low-key educational about it' thing. I even started each show with a caveat: "I might stammer, I might not stammer at all - it’ll be okay." I thought it got to the issue of being a stuttering comedian.

A good speech day for me is one where I don’t stammer much at all and for a crowd, this can seem like I’m faking it. A difficult speech day is one where I face blockages on almost every sentence. For a crowd, this means the jokes will take longer and may become too obvious. Essentially, it’s not TV-friendly stammering. And yet, I’ve become pretty good at working these blockages into different and unexpected jokes. Either way, I consider my three successful runs evidence that stuttering doesn’t interfere with my ability to be funny. And at the start of my third run I, perhaps naively, thought I was prepared for anything.

At the start of my third run I, perhaps naively, thought I was prepared for anything.

In the second week I arrived 45 minutes early for my show 'Stutter Island'. The core premise was exploring the infamous 1939 'Monster Study' experiment on orphans who stammered, as well as the hurtful things people had said about my stammer in the past, which doesn’t sound very funny but I promise it was.

There was an older couple sitting in the second row. I have no idea how they found my show but they were eager to get a seat. I tell them that they can leave and come back in thirty minutes, but they refuse to budge.
The show begins and I follow up my opening caveat by asking if there are any others who stutter present. On this occasion a fellow stutterer is sitting to my right. I welcome him then fire away with my joke-heavy beginning, trying to get lots of laughs in before covering the sombre Monster Study. I can see the male half of the couple is getting irritated. I have no idea why. I hear a muttering: "This f**cking c**t doesn’t have a stammer." I ignore it because I don’t want to derail the show.

I continue; the crowd are engaged. And yet, this couple is a continuous distraction. The woman is patting the man on the leg, trying to calm him. I hear it again: "This f**cking c**t doesn’t have a stammer." At this point he’s too loud to ignore. I feel supported by the rest of the packed crowd, so I say: “This show may not be for you. You can leave if you want, I won’t be offended." He replies, “We’re staying." Now, this isn’t my first rodeo with rowdy crowd members. While my audiences are largely kind and receptive, I have faced my fair share of hecklers. This man had the power to derail the show, so I decided to let him stay as to not interrupt it for everyone else. 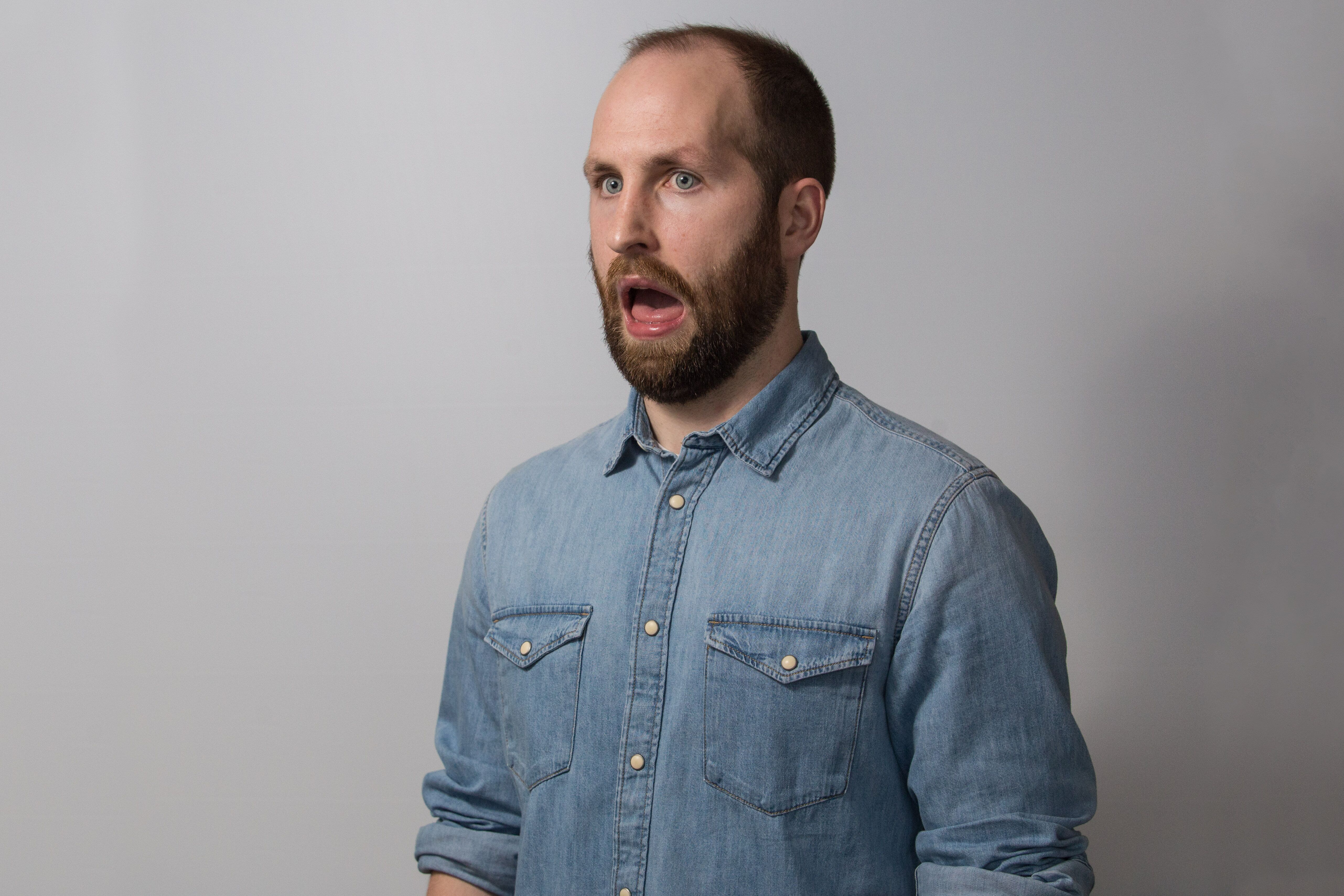 Later, I turn to my fellow stutterer. "Do you find that because you stammer, you spit a lot during conversations?" A simple question to lead me into a joke on spitting (I promise this show is better than it sounds on paper). We have a good laugh with some light-hearted banter. Our friend is not on board. He points at the stutterer and says, "This c**t too." Again, I tell him he can leave any time he wants. He stays. Another five minutes pass and finally they stir, loudly putting on their coats and shuffling past others in their row. The room falls silent as they walk down the aisle. Then as the door opens and closes the audience breaks out in a rapturous applause.

It’s a double-edged sword being a stammering comedian.

Outside, the man says to my friend Caroline, "I won’t stand for anyone mocking stammerers!" He left because I wasn’t disabled enough for his taste. My seemingly 'good' speech day had been offensive to him. It’s a double-edged sword being a stammering comedian. Maybe he had someone close to him with a stutter. But my own stutter didn’t match up with his individual expectations.

But it's not all bad for stammerers out here in the performance world; in fact, most of the time I find it’s the opposite. But just when I think I have it figured out, I meet people like that who really have no idea about the radical nuances of language; that see speech impediments as 'one size fits all'. The best thing I can think to do is continue challenging preconceived notions about what it is to have a stammer. I’m here to tell my story in a way only I can. 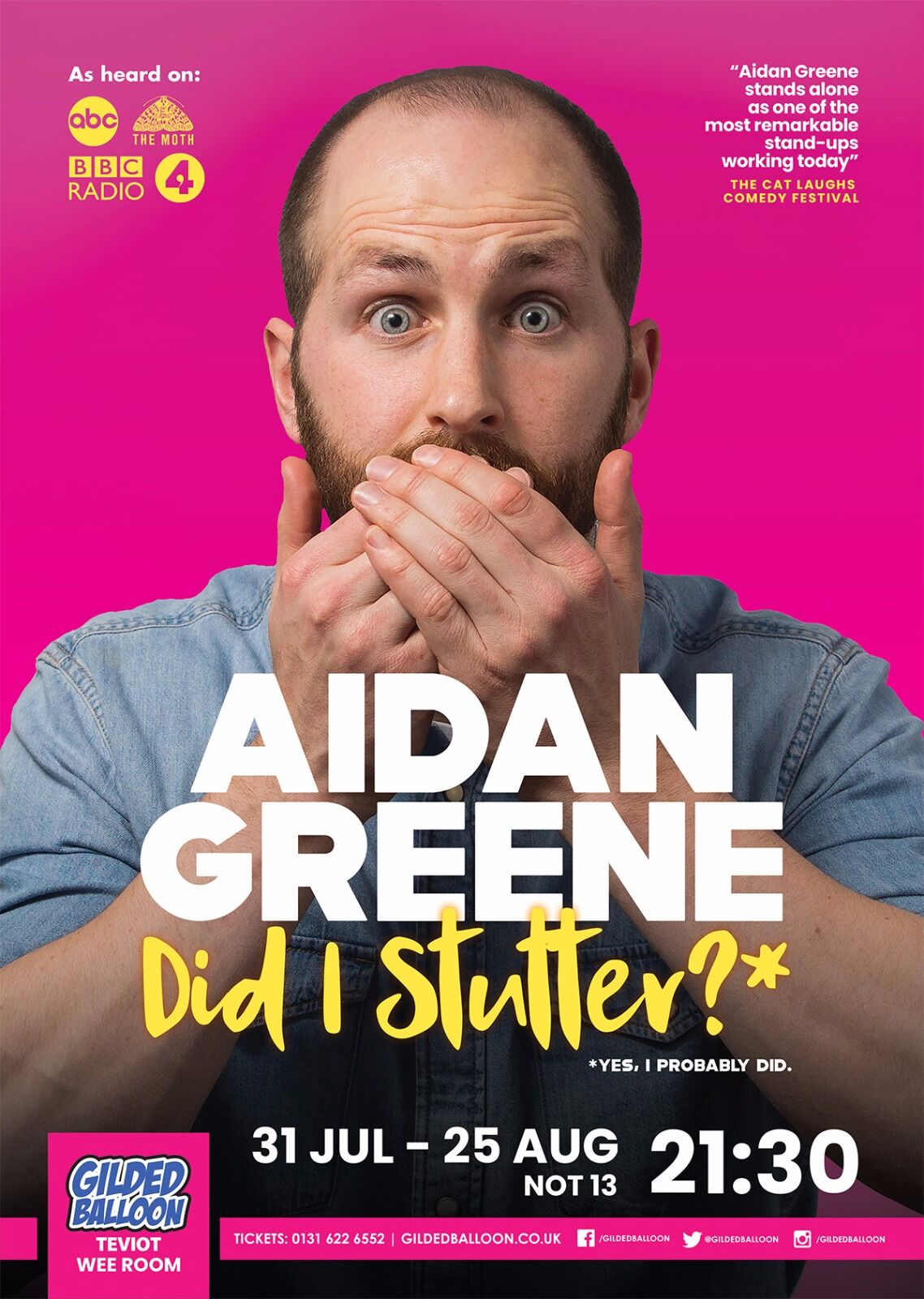 Watch a clip of Aidan in action:

Local, national, and international conferences and events to be found here, plus open days, social events, talks, fundraisers and more.

RAF Corporal Howard Charlton on a common nightmare: having to introduce yourself at meetings.

Paul talks about his experience on the hit Channel 4 show dating show.