Tales from the shopfloor

With a love of working with and meeting new people, Paul Thompson hasn’t let stammering stop him from going for customer-facing roles. Here he talks about the mixed reactions he’s experienced and how his stammer has been an asset.

Having a stammer can be a pain the arse, especially at work. You have to deal with situations and people which can be good, funny, bad and frustrating.

I love working with and meeting new people so retail and bar work has always been my employment of choice. Some people commend me for doing those jobs while some wonder why I do it if I stammer. Somebody even said I should only be working in a warehouse where customers can't hear me (we'll get to that later).

I had my first job when I was 16 in a supermarket. I honestly thought I would receive a lot more piss-taking than I did but most of the staff were cool and if we ever spoke about stammering, it was done in a friendly, inquisitive way.

This job was mainly shelf-stacking, but I did have to use the tills every now and then and shout instructions to the helpdesk for prices to be reduced, etc, which was always nerve-racking. I often stammered as I did it, which was quite embarrassing. Over time I got used to that, and the banter with colleagues helped prepare me for future employment.

I did have to use the tills every now and then and shout instructions to the helpdesk for prices to be reduced, which was always nerve-racking.

At 18, I worked in the Debenhams stockroom. Most people there were alright except the head of security, who enjoyed taking the mick out of me on a regular basis to make himself feel big. This made me feel awful and even though I reported it, nothing got done so it carried on. Eventually I stood up for myself and asked him why he was doing it and told him how it was affecting me. He had no answer other than he thought it was funny. This prompted colleagues to tell him to stop and he eventually did. I vowed that day to never again let anybody belittle me for having a stammer. 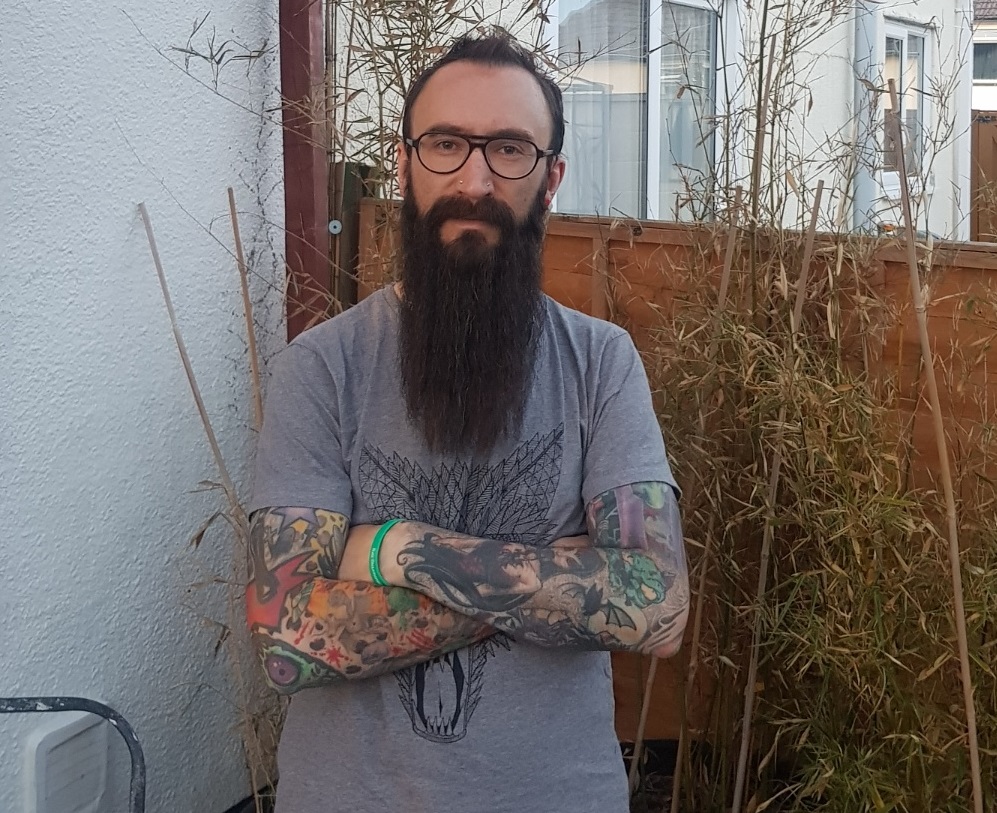 A few years later I started working in various shops and bars in Bristol. Bar work was OK as my words would flow easier when talking loudly over music. I met some awesome people — there was always banter about my stammer, but as they were now my friends and regulars it wasn't done maliciously — and believe me I gave as good as I got!

One time though, I had to ask a drunken customer to leave as he was falling asleep at the bar. He starting mimicking my stammer and said I shouldn't be tending bar because of it and that I was only good for warehouse work. He subsequently got banned for six months.

There was always banter about my stammer, but they were now my friends and regulars — and believe me I gave as good as I got!

Moving back to Weymouth in 2009, I worked as assistant manager of a souvenir shop (if you ever visit Weymouth it's called Natural Inspirations and is well worth a visit). My boss was awesome and never made me feel uncomfortable for having a stammer. She would often ask questions about it to get to know me better. When I went on a Starfish Project course (which was amazing), she was really supportive and I would practice the techniques with her.

Most customer interaction was good too. One day I was having a bad speech day (I may have been hungover...) and trying to communicate with a deaf lady. I was stammering on nearly every word. She was trying to lip read but couldn’t as my mouth wasn't making the usual shapes. The poor woman had no idea what I was trying to say but my boss found it hilarious.

I moved back to Bristol in 2016 and have been store manager of an e-cigarette shop ever since. While I like the job, it can be quite challenging, speech wise, depending on the situation. If a customer is nice, then I feel super relaxed and stammer less, but if they’re moody, aren’t interested or generally not a nice person, then it can get worse as I seem to feed off their emotions. I can get quite excited while talking about the products, which can make my stammer go into overdrive and I'll get the usual ‘helpful’ advice, telling me to talk slowly and finishing my sentences for me. We all hate that, especially when they get it wrong and I have to take a breath and start again. (It was around this time that I appeared on Channel 4's First Dates, but that's another story [read more here].)

Dealing with refunds and exchanges can also prove troublesome as people can get quite angry and demanding, which makes me anxious and makes my stammer worse. They often try to intimidate me, which of course they’re not. I always stand my ground. I just remember that even though it seems personal, it's not. They're angry at the situation and not me.

I believe that my stammer has made me a very patient and understanding person, which has helped me in my line of work and it will never stop me from doing my best or applying for better roles in the future.

For help on coping in the workplace, see our Stammering at work section. The Starfish Project is one of a number of courses for people who stammer. Read more about the range of options on our Therapy & Courses section.

Would you like to share your own story? Do you have anything you'd like to get off your chest? We'd love to hear from you. Find out how to write for the site by clicking here.

Learn how to thrive at work and develop your confidence in challenging speaking situations.

Looking for work or thinking about changing jobs and worrying how much speaking a new role might require? Don't let your stammer get in the way.

Ten years ago Lynne Mackie would have laughed in your face if you said she'd be giving weekly presentations.

Having studied to be a Spanish teacher, adversity in the workplace forced Michelle Paradies to consider other options. But was it all to do with her stammer?