James Hayden from New Orleans tells us what the musical Dear Evan Hansen means to him as a person who stammers.

Ever since I listened to the original cast recording album of the musical Dear Evan Hansen, I related to it so much I knew I had to write about it.

The hit Broadway show tells the story of Evan Hansen, a socially anxious high school senior. When a letter he wrote ends up in the wrong hands, Evan finds himself in the middle of a web of lies. These lies lead to him having what he always wanted: a chance to fit in and the girl of his dreams. But at what cost? 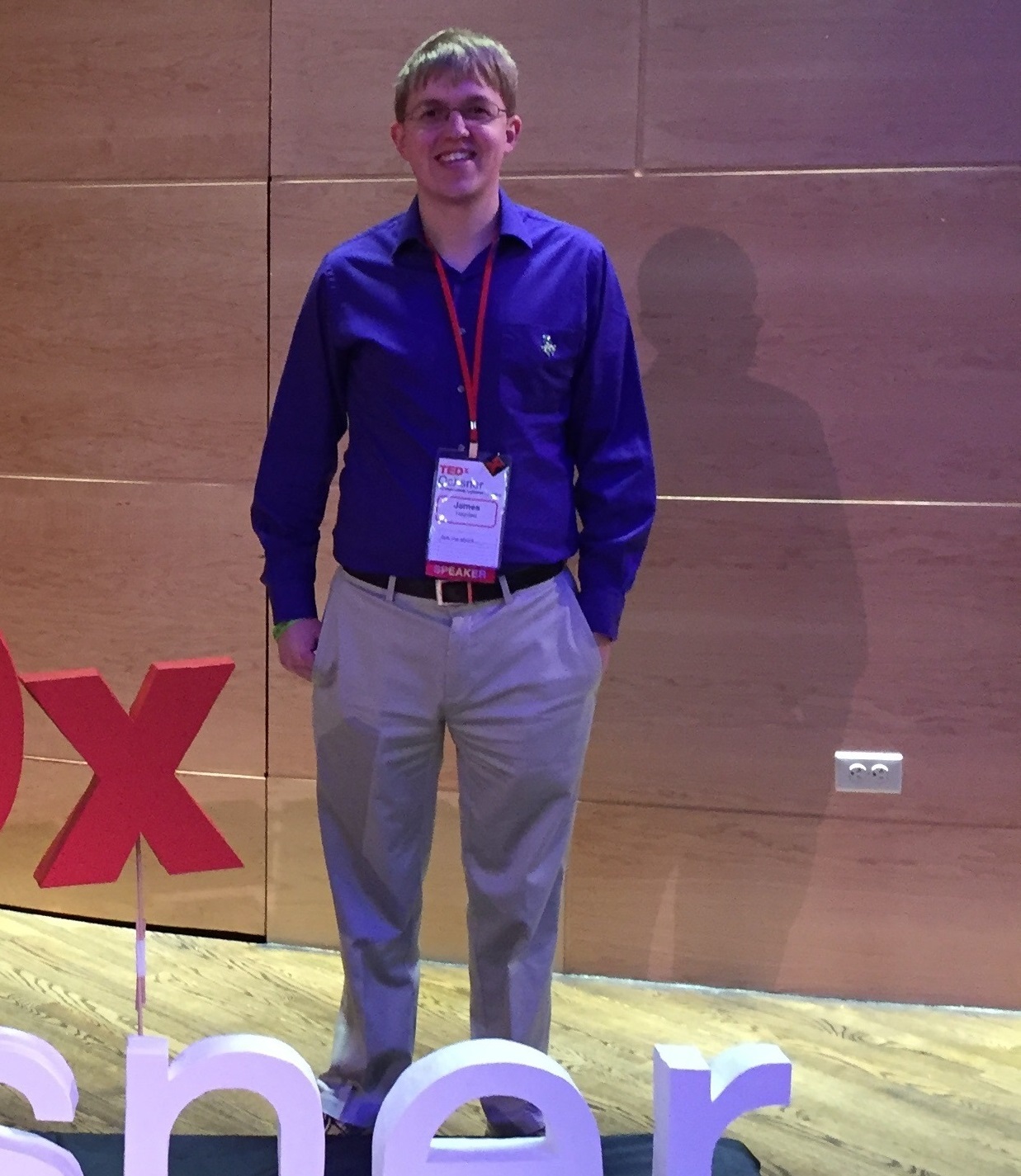 Without yet having seen it, I wrote a first draft of an article about it in early 2018 and spent the next year editing it, but I kept getting stuck. I knew what points I wanted to make yet I was asking if anybody had a map for the best way to get to my points. Eventually, I realised the only way I could make this piece what it needed to be was to see the play.

I had never heard music that put my thoughts, fears and insecurities, that are rooted in stuttering, into words. That changed when I listened to your soundtrack.

I bought my ticket and had the privilege of seeing Dear Evan Hansen last November. It far exceeded my high expectations. After watching the play, I had my map. I spent the next couple of months writing the following letter.

I first became familiar with you in early 2017, around the same time the you took the world by storm, when my friend introduced me to your song "Waving Through a Window." I liked the song, but didn't give it a second thought and moved on with my life. A few months later, for whatever reason, I decided to give the song another listen. That's when I realised your brilliance and became a fan. The more I listened to your soundtrack, the more I saw parts of myself in your music.

You see, I'm a person who stutters. Up until a few years ago, that was something I couldn't admit to myself or others. Growing up, I heard few people that sounded like me in the media. When I did, it was typically in a negative light. Although I had seen portrayals of stuttering on television and in film, I had never heard music that put my thoughts, fears and insecurities, that are rooted in stuttering, into words. That changed when I listened to your soundtrack and saw parts of myself in the lyrics of 'Waving Through a Window', 'Only Us' and 'You Will Be Found'.

In 'Waving Through a Window', I found part of myself in the lyric:

"Will I ever be more than I've always been?"

Growing up, I constantly wondered: Will I be more than my stutter? Can I be successful because I stutter? Will my stutter prohibit me from accomplishing my goals? Through time and self-reflection, I've learned that I was, am, and always will be so much more than my stutter. My stutter has taught me life lessons that have made me successful, in the way that I define success. Lastly, and a tad ironically, my stutter has given me several opportunities to accomplish goals my younger self did not know were possible.

The song 'Only Us' perfectly expresses how I view relationships. Particularly, the first verses sung by Zoe and Evan. Zoe opens the song by singing:

"I never thought there'd be someone like you who would want me
Well
So I give you ten thousand reasons to not let me go
But if you really see me
If you like me for me and nothing else
Well, that's all that I've wanted for longer than you could possibly know."

As someone who stutters, one of my biggest worries was — and if we are still being honest still is — can a girl see past my stutter? I know that the answer is yes and the right girl will, but insecurity and doubt tell me otherwise. Zoe's verse is the right girl telling me that my stutter is nothing and I shouldn’t worry about it in our relationship. Evan's verse is me vocalising how I feel about stuttering, its role in my future relationships, and how being seen for me and not my stutter is exactly what I want. Words fail me on how I could better describe my view on stuttering, in the context of a relationship, than those lyrics.

In the act one finale, the company sings 'You Will Be Found'. Part of the chorus perfectly describes what I wish the younger me knew:

For most of my life, I constantly wondered if I was the only person who stuttered in the entire world. I felt alone in my journey because I didn't have anyone in my life who sounded like me. As I got older, I realised I wasn't alone in this journey. However, it took me 22 years to meet another person who stuttered. It was in October 2015 when I went to my first stuttering support group meeting. It was here where I became part of a community I call my stamily (stuttering family). It was at this meeting where I realised I was not alone and belonged to an organisation whose motto is fittingly 'You are not alone'. They remind me on my good and bad days that I am not alone in this journey.

We finally met in New Orleans on November 6, 2019 and you surpassed my expectations. Thank you for your message. Thank you for putting my thoughts on stuttering into words.

Finally, thank you for reminding me that "You are you and that's enough". 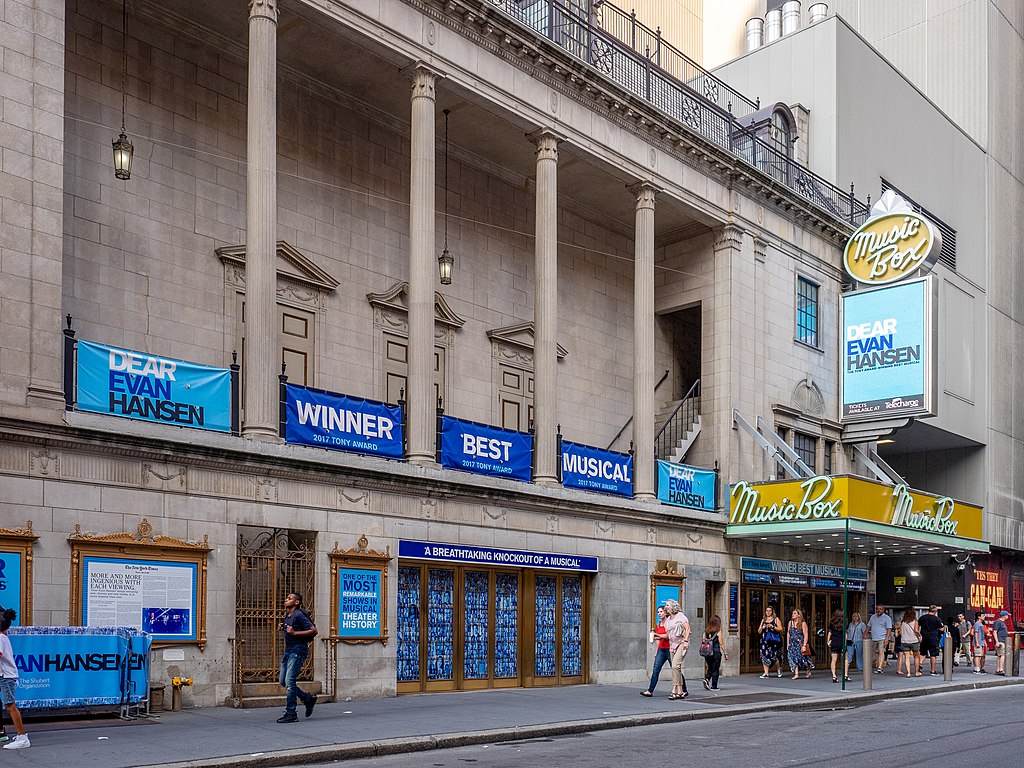 Connect with us and the stammering community online with these links to useful social channels, websites and organisations.

Playwright James Corley talks about tapping into his own experiences for his play World's End, which ended a successful run in London this September. It's all about not hiding, sharing and connecting, he says.