Emily Vass tells us how a kindly shopkeeper encouraged her son Dexter, giving him the confidence to go on and meet Father Christmas.

My son Dexter is eight years old, and I first noticed his stammer when he was three. He stammers on most sounds and sees a speech and language therapist regularly, where he is working hard on his ’strategies’, as we call them — big belly breaths, sliding the sounds of those hard-to-get-out words and using a rhythm to beat out syllables as he talks.

The biggest thing Dexter struggles with is his confidence in talking. He doesn’t like to stand up in class to speak or talk to shopkeepers, and he struggles with chatting to new people. However, I always try to encourage him to engage with people and to really practise speaking in all sorts of scenarios.

The biggest thing Dexter struggles with is his confidence in talking.

This week we were Christmas shopping in Bath, and Dexter was buying a gift for his dad. He was clutching his wallet excitedly and after a time browsing, he chose some ales and a fancy glass set that he knew his dad would love. But when it came time to pay and I gently nudged Dexter towards the till, he was adamant I handle the transaction.
“Mummy, I don’t want to,” he said. The same situation as always; his reluctance to interact with new people.
“Go on Dexter, you’ll be fine,” I said, trying to encourage him. He shook his dead determinedly. I persevered. “You can do it!” Timidly, he approached the till and handed over the gift set.
“Good morning young man,” the cheery shopkeeper beamed. “Excellent choice! Who are you buying this for then?”
“M-m-m-m-m-m-m-m-my d-d-d-d-d dad,” Dexter said.
“Ah, he’ll love it,” the shopkeeper continued. “Would you like it gift wrapped too?”
Dexter looked up at me, keen not to have to talk again. I nodded, encouragingly.
“Y-y-y-y-y-y-y-y-yes p-p-p-p-p-p-p-p-please.” Dexter fumbled with his money before handing it over.
As the shopkeeper expertly wrapped the gift, he peered over his spectacles at Dexter. “You know young man, you are so very brave talking to me today. I can see you have a stammer, and that it’s a struggle to get your words out. But you have spoken to me excellently. Well done.”
Shyly, Dexter beamed up at me happily. As we left the shop, Dexter squeezed my hand excitedly and said, “Mummy? Did you hear?! That kind man said my talking was excellent!” A perfectly smooth sentence from my lovely little boy who usually struggles with his stammer on every syllable.

Dexter sat open-mouthed in awe and knew then that the magic was real!

Later that day we took a break from shopping to visit Father Christmas! Dexter's confidence had grown thanks to what happened earlier but was a bit sceptical about it not being ‘the real Father Christmas’. However, he loved meeting him. Father Christmas congratulated Dexter on making his bed and opening his bedroom blind each morning — Dexter sat open-mouthed in awe and knew then that the magic was real! 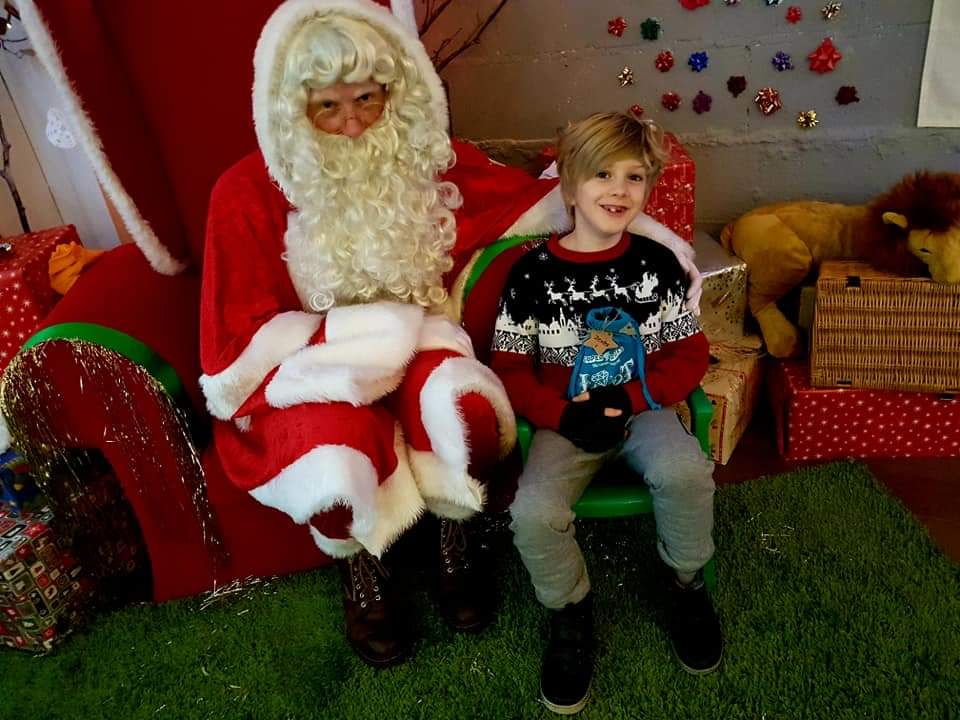 In the first of our special series of articles for Christmas, Peter Wright tells the heartwarming story of his seven-year-old daughter, who hoped for a speaking part in her school’s nativity play.