Join the growing band of people who have set up workplace networks for those who stammer.

Over the years we've been increasingly invested in thinking about the needs of people who stammer in the workplace. We are pleased to say we have a new staff member starting shortly to support this work — and local groups — from August 2021 onwards, with the support of the national Lottery Community Fund. Become a member for free and we'll keep you updated.

The Equality Act 2010 has significant implications for people who stammer at work, so we've created resources for you to use. Check out our Stammering at Work section for information around employment, the law, workplace bullying and reasonable adjustments.

See the different networks below. If you've got a network, tell us about it. Or if you'd like to set one up at your place of work, email us at mail@stamma.org

The NHS Employee Stammering Network has been set up to support anyone who stammers, or has other speech impediments, working within the National Health Service (NHS).

The network aims to:

Staff who are interested in accessing group support will be encouraged to link in with their local stammering support group. The network is overseen by a small working group.

There's a dedicated website for staff and managers at nhsstammeringnetwork.uk Here users can access information on stammering, as well as resources on stammering support and provision of specially trained peer mentors (fellow NHS staff who stammer) who are available to provide one-to-one advice and support if required. 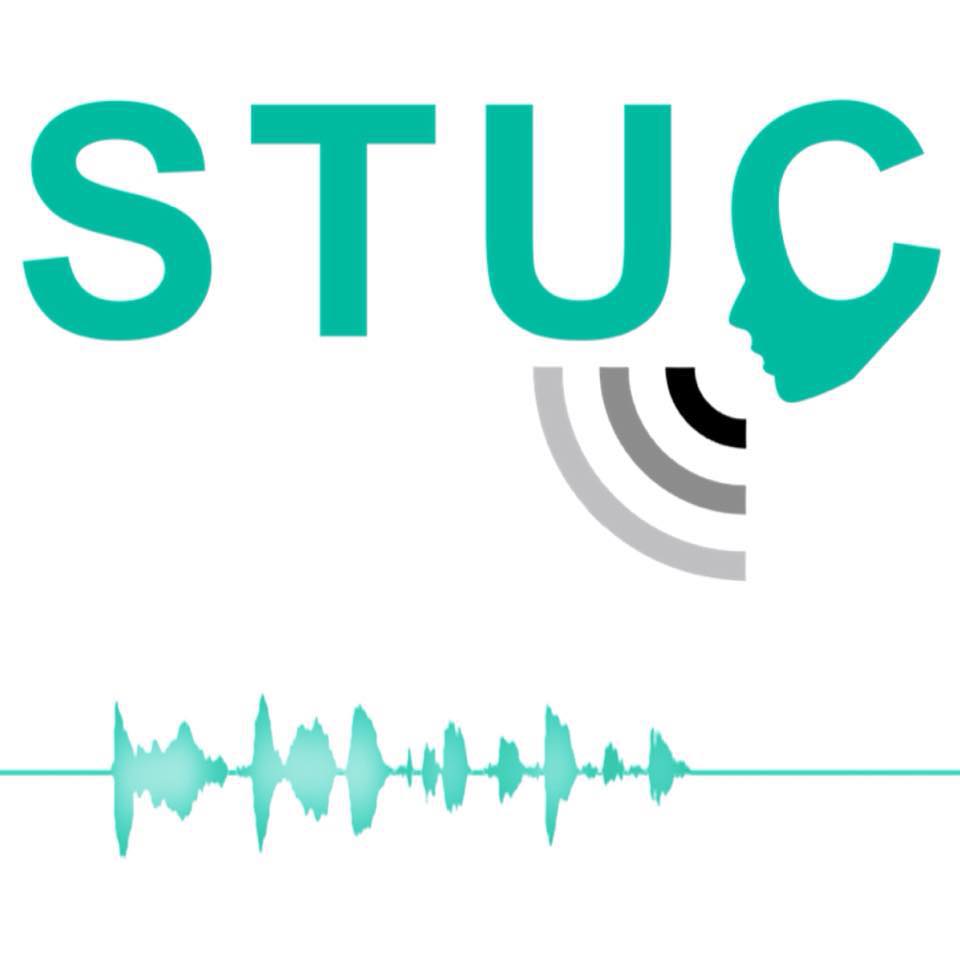 Founder Claire Maillet says, "I was inspired to set up the Stammerers Through University Consultancy (or 'STUC', emphasising the possible feeling of being trapped by having a stammer) in 2015. Its aim is to bring together students and staff who stammer in a network where they can discuss issues and possible resolutions.

I want to provide students with a greater insight into how going to university doesn't have to be a daunting experience. It is vital to me that the message is emphasised that having a stammer does not have to prevent us from reaching our full potential."

If you are a student or work at a university and would like to contact Claire, email her at hello@stuc-uk.org 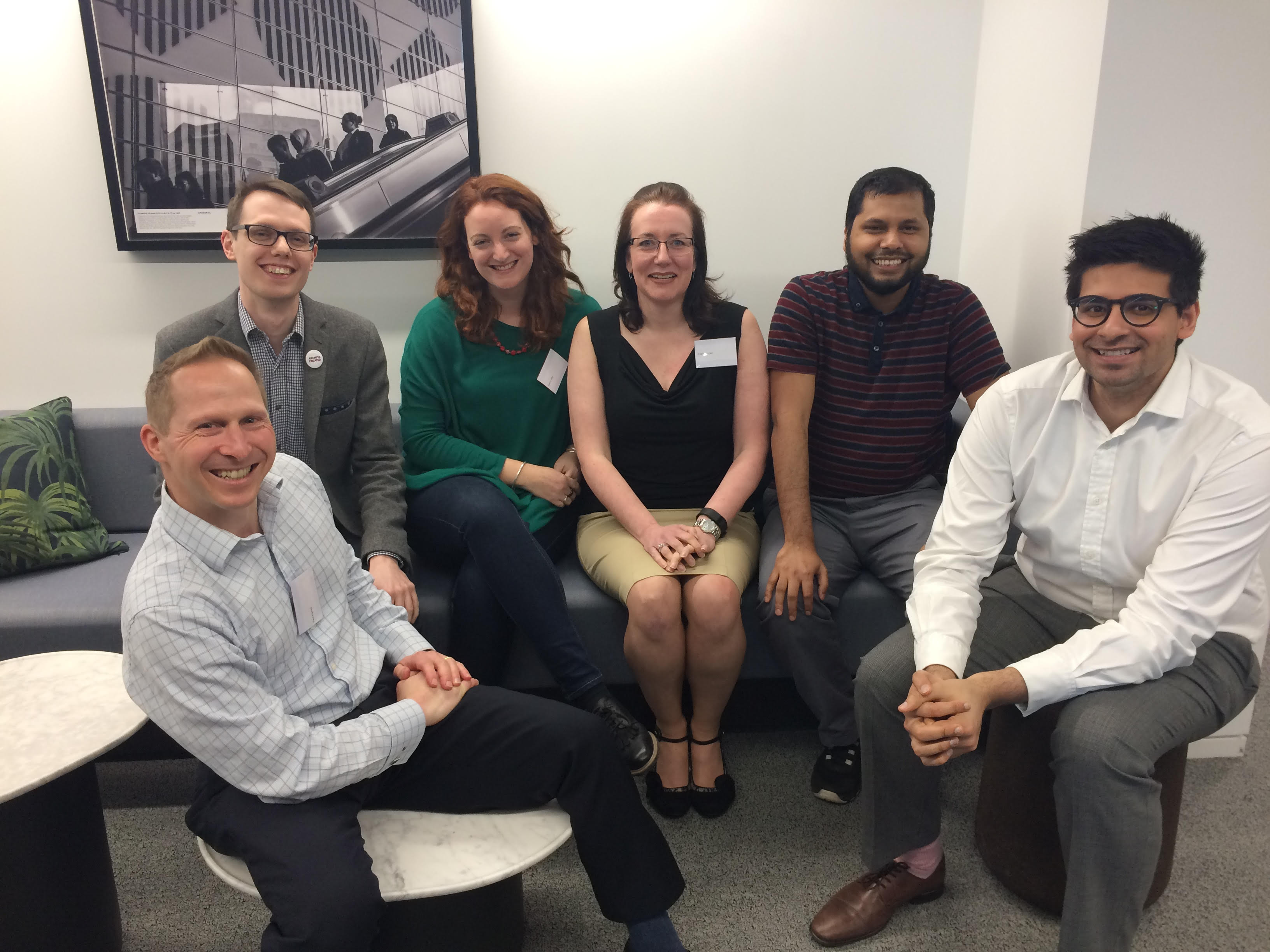 The Civil Service Stammering Network (CSSN) is a group of civil servants from across the UK who want to champion the needs of stammerers and encourage the Civil Service to provide support throughout people’s careers, regardless of grade or department. The CSSN welcomes allies who have experience of stammering or simply want to understand more. Membership is open to everyone in the UK Civil Service.

The CSSN has built a network of ambassadors across the UK who can answer questions or connect people with information or support in their department or agency. CSSN are also working with the Civil Service Diversity & Inclusion team to improve the support offered in departments and across the whole Civil Service.

Get in touch with them by joining their Facebook group or find them on Twitter using @UK_CSSN.

Visit their website, where you can find lots of resources and blogs from members.

STAMMA Defence, previously known as the Defence Stammering Network, supports, inspires and champions people working in the UK Armed Forces and Defence Civil Service who stammer. We believe STAMMA Defence to be the first such network in the world.

It provides its members with support in the workplace, through online channels and with professional employment advice. STAMMA Defence raises stammering awareness through publicity and communications across UK Defence, wider government and other UK employers.

The network is fully supported by the Defence Board as part of the Ministry of Defence (MOD)'s Defence Diversity and Inclusion Programme. It also works in close partnership with STAMMA, the British Stammering Association (BSA).

The Defence Stammering Network was established in 2014 by Corporal Emmanuel Ottih, Captain Jimmy Lang MBE and MOD civil servant Walter Scott. Walter said, “I met Jimmy and Emmanuel through the BSA and we very quickly realised that we were all pulling in the same direction, having all just gone through speech therapy. We wanted to start tackling attitudes and raising awareness in the Armed Forces. So we set up the DSN."

The network was officially launched at a reception at the House of Lords on 14 July 2015  hosted by Baroness Whitaker, a patron of the BSA, and attended by top MOD figures.

Stamma Defence, as it is now called, has gone from strength to strength and through its activities and campaigning, stammering is now officially recognised in UK defence policy. It has also been the subject of two documentaries on Forces TV: ‘My War With Words’ and ‘Stammering – the unspeakable truth’.

If you work in the UK Armed Forces or Defence Civil Service and you stammer, Stamma Defence would love to hear from you.
Email defence@stamma.org
Find them on Twitter (@UKDSN) and Facebook.

Read more about Stamma Defence in this article on Forces.net.

STAMMA Legal is a network for people who stammer in the legal profession.

Co-founder Nick Fischer says, "We are a friendly and welcoming network for anyone with a stammer working in or thinking about entering the legal industry. We welcome people at any stage of their career, from qualified solicitors and barristers, to paralegals, trainees and law students."

What the network does:

"We hold regular support meetings and social events throughout the year, and aim to provide an opportunity to share experiences, words of advice, or perhaps to practise and develop communication skills in an encouraging and supportive environment.

Having a stammer should in no way hinder a successful and fulfilling career in law.

'We hope to raise awareness of stammering within the legal industry, by sharing information about stammering and engaging with law firms and other stakeholders around conducting interviews, assessments and working with employees who stammer.

'We want bust myths. We want to encourage young people who may be dissuaded from pursuing a career in law, perhaps due to a belief that it requires outstanding fluency and public speaking skills (often fuelled by TV dramas such as Suits), to stick with it. Despite certain unique challenges, having a stammer should in no way hinder a successful and fulfilling career in law."

Visit the STAMMA Legal website to find out more. If you work in the legal profession and want to join the network, email mail@stammering.legal or fill out the contact form on their website.

The Met Police Stammering Support Network was formed in April 2021 and is open to all staff working in the Metropolitan Police Service.

Founder Vishal Gosai has taken ownership of the group after it became inactive over the years, reviving and relaunching it.

Vish says, "I’ve been a Police Officer in the Met Police Service for almost 15 years. I used to hide my stammer but have grown in confidence and recently passed my promotion board to become a Sergeant. I've achieved what I thought was impossible, so I felt the need to reach out and offer support to others who stammer across the Met Police service who face the same barriers.

I encourage any colleagues who feel like I used to, to come and join us. I want to raise awareness of this non-visible disability and let people know it's not acceptable to laugh at someone who stammers.

The group meets at least once every 2-4 weeks. At the moment meetings and chats are held over MS Teams and WhatsApp due to Covid. Post Covid restrictions, we’ll meet up for meals and social events."

If you work for the Metropolitan Police Service and would like to join the support group, email Vish at StammeringSupportNetwork@met.police.uk

Following a great response to her documentary 'I Can't Say My Name', which aired on the BBC in March 2021, presenter and BBC producer Felicity Baker was inundated with support from colleagues, some saying they stammer too.

This led her to join forces with colleagues Clive Collins and Gautum Rangarajan to set up the BBC Stammering Support Network, which had its official launch on 10th June 2021, where they were joined by broadcaster Sophie Raworth for a special internal event.

The Network is open to anyone employed by the national broadcaster who is affected by stammering and looking for support in the workplace. If you work for the BBC and would like to join, email BBCStammeringNetwork@stamma.org for more information.

Launched in May 2013 by the British Stammering Association, under the joint leadership of Norbert Lieckfeldt and Iain Wilkie, the Employers Stammering Network was the first national network of its kind in the world. Focused on the needs of employers and employees, the ESN's ambitious plan was to support people who stammer so that they may achieve their full career potential. By 2018, the ESN's member network covered an employee population of 1.5 million.

In many workplaces there is little understanding or awareness of the issues that affect the over 1.5 million adults in the UK who stammer. Yet people who stammer often have qualities that employers rate highly, such as resilience, empathy, listening skills and creativity. People may not even realise that a colleague stammers, as people who stammer may go to great lengths to hide it.

The inspiration for setting up the ESN was the knowledge that people who stammer are twice as likely to be unemployed, more so if their stammer is severe. Many employers hold negative attitudes towards people who stammer which can impact on the likelihood of successful recruitment or promotion.

The ESN successfully raised the issue of stammering as a disability across key industry players in the UK; educating employers about the causes of stammering and the impact a stammer can have on an individual. The ESN had six founding members (Civil Service, EY, FirstGroup, KPMG, Prudential and Shell) and additional partner members and members across the public and private sectors. The British Stammering Association coordinated the Network, employing a part-time ESN Membership Manager, Helen Carpenter.

The ESN provided support through:

Building on the success of the Employers Stammering Network, we are now planning the next five years in relation to stammering and work. We will be having a series of meetings to formulate our plans so watch this space of further information.

Visit the Stamma At Work Facebook Group, a space where people can discuss issues relating to stammering and recruitment, employment and interviewing, etc.

Iain is also the founder of '50 Million Voices', a campaign bringing together employment leaders from around the world to collaborate and transform opportunities at work for people who stammer.

Learn how to thrive at work and develop your confidence in challenging speaking situations.

Reasonable adjustments are changes to the work environment for someone whose stammer.

The campaign bringing together employment leaders from around the world to collaborate and transform opportunities at work.

We value and appreciate any and all feedback.

Claire Maillet, founder of the network for students and university staff who stammer, explains why she set it up.

Ten years ago Lynne Mackie would have laughed in your face if you said she'd be giving weekly presentations.